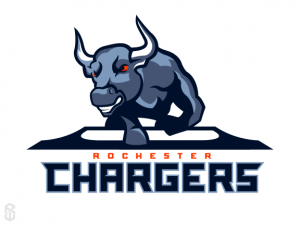 The buildup to the first ever InLax Lacrosse League continues with the league’s announcement of the fourth member, the Rochester Chargers. Rochester is a city with a great lacrosse background that is looking forward to supporting another franchise.

Rochester has been the home of two franchises, the Knighthawks of the NLL and the Rattlers of the MLL. Both have been embraced by the community and have enjoyed great success. The Knighthawks won their second Champions Cup this past winter over the Edmonton Rush.

The Chargers roster features many big names, including the likes of Brodie Merrill and Ryan Cousins. Merrill has established himself as one of the best defenseman and leaders in the NLL. He has a scoring touch as well, and as team captain will be a very important member of the roster. Ryan Cousins is a two time winner of the NLL Defensive Player of the Year who played last season for the Knighthawks. A veteran and a former captain of the Swarm, Cousins is another great centerpiece of the Chargers defense.

Rounding out the starting defensive unit is Dylan Evans, Jack Reid, and Ryan Sharp. Rochester is considered to have one of the best defensive squads in the entire league. 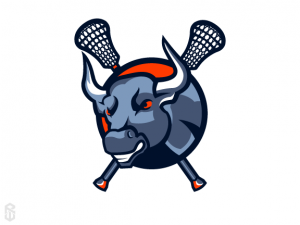 prove. Michael Kimmel has had a great season for the Chesapeake Bayhawks so far this season, scoring 18 goals and 9 assists. Jamie Shewchuk has been in the NLL since 2007, starting with the Mammoth, going to the Swarm, and then returning to Colorado. Last season he scored 7 goals and 10 assists in 8 games. Jake Beebe has played in only one game for the Cannons this season, scoring four goals.

The Chargers brand was designed by Ryan Welch. The Chargers plan to have further announcements regarding their coaching staff and management. Remember to check out the InLax Lacrosse League forum if you are interested in the league.

Rochester joins the Winnipeg Prairie Dogs, Minnesota Marauders, and Detroit Redhawks as the announced teams in the league. The next team will be announced in the coming days, a franchise in the New England area. Remember to search “InLax Lacrosse League” in the search bar at the bottom of the site to see all of the news about the league.