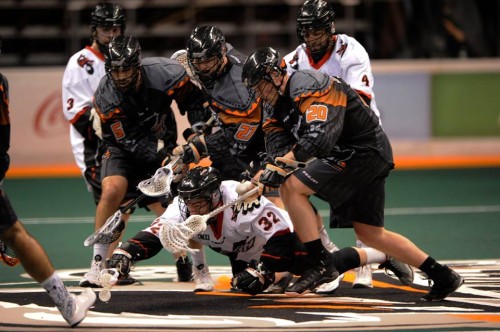 Tonight the Rochester Knighthawks look to gain their first win of the season as they host the New England Blackwolves.  This is New England’s 2017 debut, and Rochester is coming off a 12-5 defeat to Toronto back on December 29th.

Rochester is without Cody Jamieson as he recovers from knee surgery.  They are also without Corey Vitarelli as he was placed on Level Two IR.  But, the big news is, “Dangerous” Dan Dawson will not play this weekend as he was placed on the hold out list.  Also add that Joe Walters is sitting the season out to devote time with his MLL team, the New York Lizards, and you have a Knighthawks offense that will be struggling to find goals.

The Knighthawks will face a New England team who reached the conference finals but were swept by the Bandits.

But this year they have a few new additions to go along with Shawn Evans (116 pts), Kevin Crowley (90) and Pat Saunders (76).  First you have Chad Culp.  Culp is they type of player who likes to get dirty.  He likes to dig in the corners and do what ever it takes to get the ground balls.  Next you have Jay Thorimbert, Jay is a big time face-off specialist, 57% career wins.  Something this team hasn’t had since it was in Philadelphia and the had Geoff Snider.  Both Culp and Thorimbert were part of the Bandits team who eliminated the Blackwolves last season.

Finally, a familiar face to Rochester and its fans.  Scott Self was signed by the Blackwolves just days after being released by the Knighthawks.  Self brings another strong defensive body to the team.  Self is another player who loves to get dirty.  He isn’t afraid to mix it up and take on any opposing player as they try to get by him.

Stephen Keogh who was third last season in points for Rochester will be back in the lineup, so look for the offense to get some type of a boost.  Quinn Powless led the Knighthawks last week with two goals.  With Keogh back in the lineup, it could open up some room for Joe Resetarits, who was held with only one assist.

Matt Vinc will also look for redemption as he allowed 12 goals on 55 shots.

With some key players missing from Rochester’s lineup, and the Blackwolves lineup being as strong as it is, you would think they are is serious trouble.  But remember, this is the Knighthawks, and prior to the Blackwolves moving to Conneticut, this team was the Philadelphia Wings and they had some epic battles.