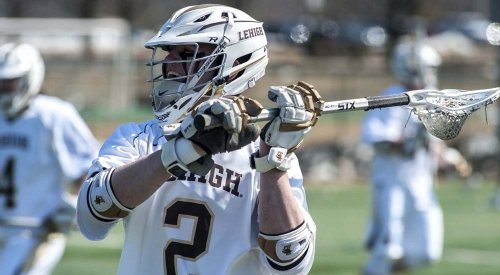 “It’s an honor to announce these three men as team captains for the 2015-16 campaign,” said Cassese. “I feel that our senior class has displayed outstanding leadership so far this year. However, Reid, Casey, and Tripp have emerged as the leaders among the leaders within their class and on this team.”

The Mountain Hawks lose significant production from the 2015 season, which includes four of the top five scorers. However, Lehigh returns plenty of experience, which includes Weber at attack and Eidenshink and Telesco on defense.

Weber closed out his junior season with a bang. In the shadows of All-American Dan Taylor, Weber finished with 51 points behind 38 goals and 13 assists. He tallied 19 points over his last four games and 30 over his last seven contests.

“Reid has some big shoes to fill, on and off the field,” said Cassese. “He steps into a leadership role that was left vacant by Dan Taylor, who I believe to be one of the best players and best leaders this program has ever seen. I believe that Reid learned a lot from Dan over the years and is ready to pick up where he left off and put his own stamp on this program as well.”

“Casey and Tripp serve as tremendous complements to one another, both on and off the field,” said Cassese. “They are both standout defensive players and have developed into some of the hardest workers and best leaders on this team. They will be charged with leading the defense, which is never an easy task in our program. They will also help Reid to guide this program in the right direction.”

The Mountain Hawks are hard at work this fall preparing for their 2016 season, which begins on Feb. 6 vs. NJIT. The nonleague schedule is highlighted by road games at Duke and Princeton and a home showdown against Cornell.