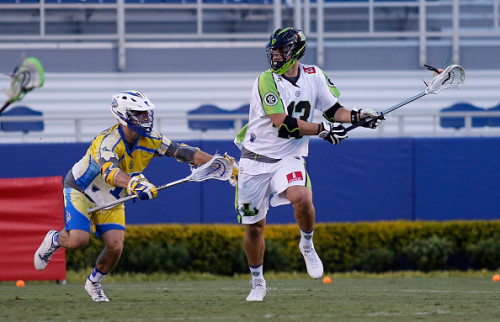 The Atlanta Blaze remained active in the trade circuit for the second straight day, sending attack Ryan Walsh to the New York Lizards in exchange for attack Conrad Oberbeck and a 2018 third round draft pick.

Oberbeck, a draft pick out of Yale in last year’s draft, played one game with the Lizards last season where he scored a goal. He is second all time in goals scored with Yale. Oberbeck also has brothers who play lacrosse at Harvard and Brown.

Ryan Walsh was drafted in the 2016 expansion draft away from the Lizards by the Blaze, but he played in seven games with New York last season. Walsh was the leading attack for Colgate through his college career, and he had ten goals in his seven MLL games last season.

Walsh was projected to be one of the top attackmen for the Blaze, while Oberbeck did not see much time at all last season.