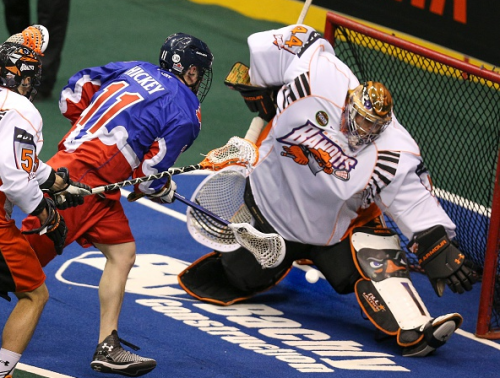 Brett Hickey has missed the Rock’s last two games after sustaining a lower body injury against the New England Black Wolves on February 14th.  Hickey scored hat-tricks in each of his last two games played and sits fourth in team scoring with 19 points (11+8) in 6 games played.

Johnston played in each of the Rock’s last two games, both of which were wins after making the long comeback from a torn ACL last season.  The veteran defender suffered an upper body injury and will miss both games this weekend.

The Rock are at home on Friday night at 8pm against the Calgary Roughnecks on Country Night and right back at it again on Sunday afternoon at 3pm at Air Canada Centre against the Vancouver Stealth.  Sunday is also Toronto Sun Autograph Day and the game will be broadcast live on TSN2 nationally.

The transactions are pending league approval.