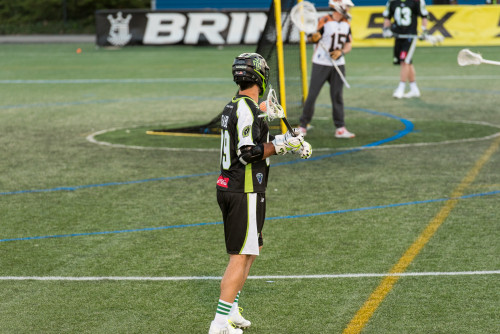 The 2016 MLL season Opening Day was a dramatic one, as it saw a new franchise establish itself despite taking a loss in their first game and some close contests. No matchup, however, was as highly anticipated and lived up to the expectations than the rematch of last year’s championship match between the New York Lizards and Rochester Rattlers, in which the defending champions Lizards took their first step towards back-to-back titles with a 19-16 victory.

It certainly wasn’t easy for the Lizards to claim the win, as the first quarter got off to a rough start. The Rattlers offense, led by Jeremy Boltus, who scored two goals in the first quarter, and 2015 Offensive Player of the Year Jordan Wolf, dominated scoring in the opening frame with five total goals. Ryan Walsh and Matt Gibson were able to keep the Lizards within striking distance with their first goals of the season to keep the score at 5-2 at the end of quarter number one.

The situation only got tougher for the Lizards as the Rattlers scored four more goals, two of which were by Wolf, to open the second quarter of the game. A goal by Chris LaPierre in between the four goals was the only offense the Lizards had, and they found themselves down 9-3. Momentum would change hands as the Lizards responded with four consecutive goals of their own, starting with Gibson’s second goal of the game with Steve DeNapoli, Tommy Palasek, and Paul Rabil following suit. However, it was Rochester with the final say in the first half, ending with Wolf’s fourth goal of the game and Kyle VanThof’s first to end the first half with the Rattlers out front, 11-7.

Despite Kyle Denhoff opening the second half with his third goal of the game, Gibson would neutralize the goal with his third of the game. Then, Rabil did what he does best: scoring two-point goals, bringing the Lizards to within two. Tommy Palasek also tallied a goal for the Lizards in the third quarter, but Rochester added three goals of their own, including Wolf’s fifth and Boltus’ third. Gibson ended the quarter with his fourth of the game, bringing the score to 15-12.

Picking up where he left off in the third quarter, Gibson notched his fifth goal of the game. That goal was the start of a three-goal rally with Rabil and JoJo Marasco evening things up with the Rattlers at 15. Rochester tried to stay out front with a goal by Michael Lazore, but Rabil tied things again for the lizards at 16 with his fourth goal of the game and Palasek’s hat-trick goal gave New York their first lead since the beginning of the game, 17-16. Two goals by Rob Pannell late in the game sealed the 19-16 victory for the Lizards.

Next weekend is an off-weekend for the Lizards, and they rightfully deserve it after fighting for the comeback on the Rattlers. Their next game will be on Saturday, May 7th, where they visit the Florida Launch. That game is scheduled for 7:00 pm EST and can be seen on the Lacrosse Sports Network.