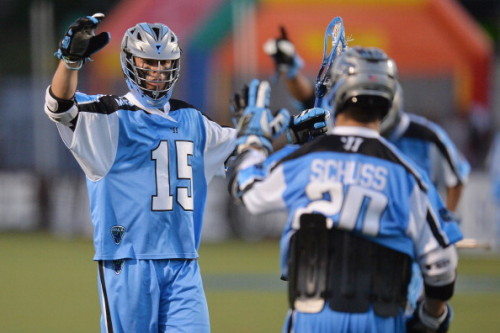 Bad news for Ohio Machine fans as today the team announced their star Logan Schuss will miss the entire MLL season due to work related issues.

“Logan has been an integral member of our team since we drafted him out of Ohio State,” Davis said. “A career opportunity came to Logan and we support him 100 percent. Although we will miss having him on the field this season, he is still a part of the team and we look forward to seeing him oil up in 2016.”

This isn’t a new situation for Schuss, who missed the start of the NLL season in Minnesota for the same reason.

Schuss was soon traded to the Vancouver Stealth. MLL doesn’t have an alternative like Vancouver, so it looks like he truly will miss the whole year.