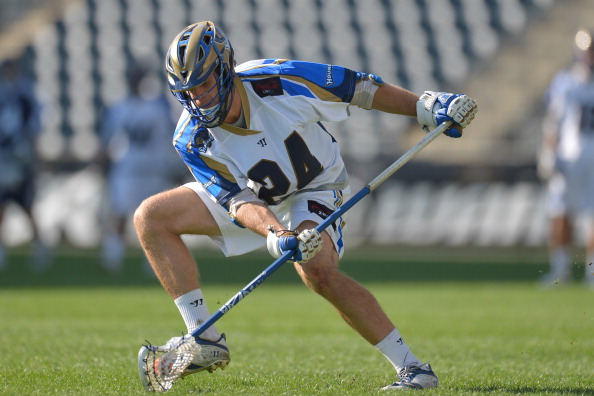 Major League Lacrosse announced today the approved policy to allow greater flexibility of player movement within the League commencing after the 2016 MLL Season. For the first time in League history, players will have the ability to relocate to a different market and team if they have been in the League for a minimum of 5 consecutive seasons and have an expiring contract.

“We appreciate the owners and players coming together to collaborate on creating a player movement program that meets the needs of the players, the teams, and most importantly, our fans,” said Commissioner David Gross.

If a player decides to not renew their current League contract with their team at the end of the season, they will sign a document expressing their intent to look into relocation. If a player signs a League contract with a new team, his previous team will receive compensatory draft picks in order to maintain the League’s competitive balance. The number and value of draft picks will be determined by the League.

“On behalf of the MLL Players, I would like to thank Commissioner Gross, the owners and general managers for their support and approval of player movement and long-term contracts beginning after the 2016 MLL Season,” said Ryan Flanagan, five-year MLL veteran and member of the Player Council. “This step speaks greatly about the strength and maturity of our League. The MLL has been the home of the best lacrosse players in the world for the past 15 years and will continue to be for many years to come. The approval of player movement will allow players to identify and establish themselves in markets that may extend the longevity of their playing career, reducing roster turnover and improving the on-field product.”

This policy will benefit the players in addition to team markets and fans.

“Player movement is also going to improve the fan experience as organizations will be encouraged to create a more hospitable environment that attracts the top talent in the world to their franchise and city,” said Flanagan. “Our sport will continue to benefit from this change as more players will have the opportunity to impact the lacrosse market they live in like we have seen Scott Ratliff do in Atlanta, the Bocklets do in Denver and Casey Powell do in Florida. The ability for players to sign long-term contracts with organizations encourages players to become more involved in their local lacrosse markets which will continue to benefit the fan and our sport. We’re extremely excited about this progress and opportunity to improve the MLL experience for everyone involved.”

One week after the MLL Championship, the League will release notification of the eligible players to the teams’ front office staff. Those eligible will have from August 29th to September 23rd to officially decide to not renew their League contract and sign a document expressing their intent to look into relocation. Players will have until one week prior to the next draft, Supplemental or Expansion, to sign a new League contract with a new MLL team. If the player does not join another team by that period, the player’s original team has the option of placing him on their protected roster. If the player is not placed on the protected roster, he will be released into the player pool. The 23-man protected rosters are due from the teams by September 30, 2016.