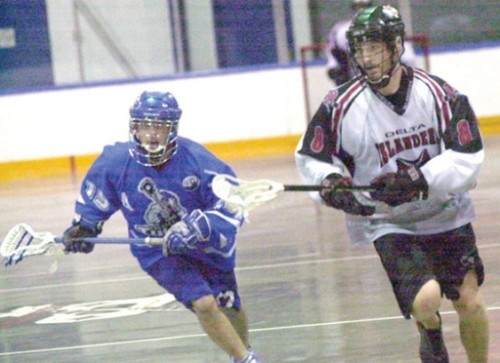 Mike Mallory will finally make his long-awaited NLL debut this winter after signing a free agent deal with the Colorado Mammoth. It’s expected Mallory will slot in on the right side as president and general manager Steve Govett made it a priority to fix the depth issues and the departure of Sean Pollock that hurt the right side.

Alongside fellow signee Callum Crawford, Colorado now boasts dangerous depth on that side of the ball that will see premium scoring opportunities with the Jones-Grant-McLaughlin trio on the left side (not to mention Alex Turner) garnering extra attention. When you consider Jeremy Noble had 39 points in only nine games last year, the Mammoth now arguably have one of the deepest offences in the league.

Mallory is a former third-round pick of the then-Washington Stealth and toiled on the practice squad for a year while playing summer ball in hometown Maple Ridge. A player that is comfortable downlow, winning loose balls, driving the arc and getting to the cage, he’s a great fit for the variance Colorado can now play with on O.

While the left side will still see the ball quite a bit given they have two perennial 90-point-plus guys on that side, Colorado has the ability to show a couple of different looks on the right side. Crawford and Mallory are both 6-foot-2 and that barely compares to Westervelt’s 6-foot-5 frame. That’s a whole lot of man for any NLL defence to account for; adding Noble into that mix, even from the transition, would be hell.

Perhaps the fact that Mallory isn’t well known around NLL circles is a reason for the low amount of attention that came with this signing. But it’s a great add for Colorado, especially if Mallory’s can add the same type of secondary scoring he has for Maple Ridge. He also scored 109 Junior A goals with the Delta Islanders from 2010-2012, so you know the ability is there.

Mallory scored 22 goals and had another 34 assists in 14 games for the Burrards this season, missing a few games due to work commitments. He was one of Maple Ridge’s better players in their first-round sweep by the Victoria Shamrocks, scoring 10 points in four games. But as I said earlier, there’s more to his game than just scoring goals. He sticks up for teammates and he takes a lot of punishment for the type of game he plays.

Sometimes Mallory reminds me of the way former Burrard Curtis Dickson plays the game, although clearly not on the same level. But he wants to engage with you, he’s tough to knock off his feet and he contributes off the ball. He will likely be one of the NLL’s bargain free agent signings at the end of this year, provided he contributes quickly.