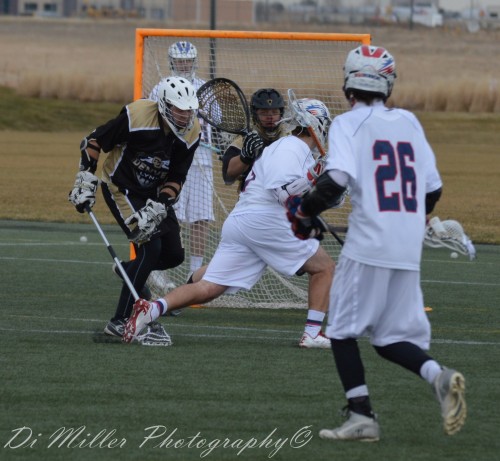 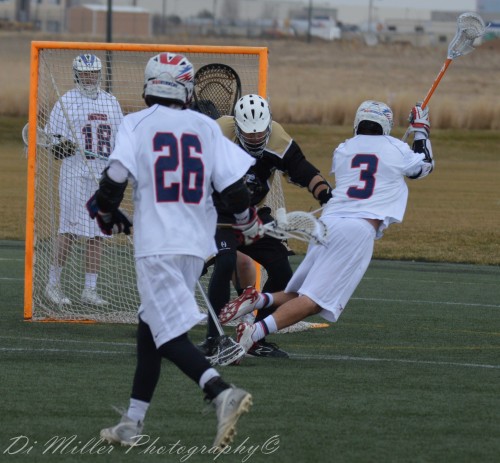 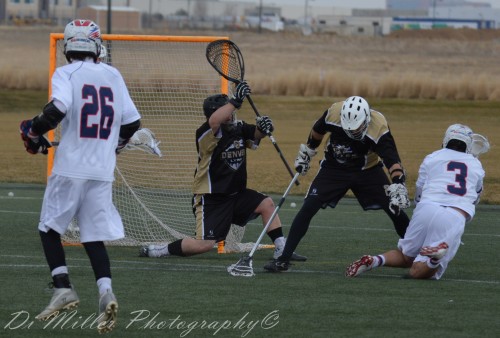 On Sunday February 15, the Metropolitan State University of Denver Roadrunners (MSU) had their home-opener against the University of Colorado at Denver Lynx (UCD).  Both teams are located in the heart of downtown Denver and their campuses sit side by side.  The weather was cold and blustery with the temperatures hovering around 35 degrees on the field at Dick’s Sporting Goods Park.  Both teams were excited to begin the season; it was just a matter of who brought the best team to the field that day as to who would come out on top.  The final score was MSU 17—UCD 10.

MSU has grown its team from 14 to 24 players in one year.  They have found a lot of new talent and it showed last fall when they had their best record in years coming away 7-2.  They wanted to start the year with a bang and they did just that.

UCD would start the game by winning the faceoff and taking the ball down field to score within 14 seconds.  The MSU players were a bit stunned by the quickness UCD came out of the gate, but it didn’t seem to worry them much.  Although the game would be scoreless for almost five minutes, Metro would tie the game.  UCD would come away with the next goal, but Metro would answer back on a fast break on the faceoff to score only six seconds later again tying the game.  Score at the end of the first quarter MSU 3—UCD 3.

In the second quarter, the score was close.  Both goalies were doing a great job keeping the ball out of the net.  Defense was strong on both sides, but the offense for both teams seemed rushed; a lot of bad passes; missed ground balls; and shots on goal that had no chance of hitting net.  Both teams needed to settle in and remember the plays they had been working on.  At the end of the half, Metro would lead by the score of 7-5.

When the second half started, it was as if a different Metro State team had come onto the field.  They were making some great plays; there were some stellar goals, the type you’d see in the pros.  Guys coming around crease, jumping into the air to make that dunk into the net.  We saw both teams who had questionable goals where the offensive player had come close to being in the crease just as the ball was crossing the plane of the net.  Although Metro was kicking it into gear, UCD also started to pick up the pace.  There was a four goal differential with Metro up, but UCD was making a comeback in the third quarter.  Score at the end of the third MSU 10-6.

In the fourth quarter, Metro went wild.  Bryson Olejnik in goal was making some amazing saves.  UCD was getting frustrated as Metro controlled the ball most of the quarter.  Chris Jasen #3, a sophomore who plays attack and his first year as a Roadrunner would make a spectacular diving goal (see link).  He had the ball as he was coming from the left side of the net towards the goalie; made a sick dodge move; came around the defender; faked the shot then as he dove past the right side of the net, the head of stick came down and he blew the ball past the goalie before he landed on the ground.  This was the type of goal you see in the MLL.  His concentration was on the money.  Metro would hold UCD to four goals in the final quarter of the game while scoring seven goals of their own.  Final score MSU 17—UCD 10.

Although UCD had a higher face-off percentage 30.5 winning 15 of 29 faceoffs, Metro was able to capitalize on their offense coming together strong in the second half.  The penalties were few and far between, but there were several injuries during the game due to the slick turf from the cold weather.

Metro would have two MVP’s of the game:

The MSU team has come out strong this season.  Their recruiting efforts over the fall and winter of 2014 have paid off.  They’ve got some great talent on the team; strong shooters; quick midfielders; a strong goalie; and have finally found a faceoff guy whose not only got great leg strength, but speed as well.

Metropolitan State University of Denver Roadrunners head to Grand Junction on Friday February 20 to face the Colorado Mesa University Mavericks.  The Mavericks who play in the WILA (Western Intercollegiate Lacrosse Association) are favorites to win their division this year.  The Roadrunners are in for a tough game, but if they keep it together; work as a team; and their offense and defense can stay strong, this could be a very interesting game.