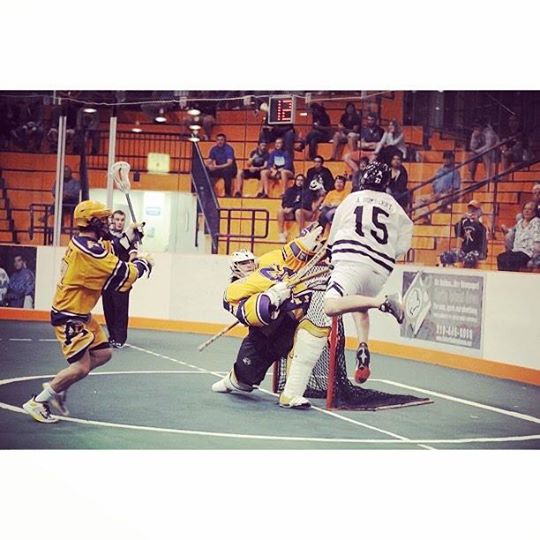 Adam Bomberry is a young player but has already done more then most players do in an entire career. Adam lives on the Akwesasne reservation located near Potsdam, New York. Bomberry was just drafted into the NLL by the Rochester Knighthawks, an organization that is used to winning and Adam looks to help them get another ring for them and add to his own wide collection.
Bomberry has won back-to-back NJCAA titles with Onondaga Community College, back-to-back Minto Cups and a Founders Cup. Along with all that, he has won silver with the Iroquois Nationals at the WILC and bronze out in Denver last summer.
I sat down with Adam to find out more about his past and promising future as a NLL player.
1. How did it feel to hear your name called in the draft?
It was a dream come true to see and hear my name being announced during the draft. That moment was the moment that I have been dreaming about since I was a kid.
2. Athletes are defined by championships they have won. You have already won so many, so how do you stay motivated for more success ?
These last few summers of lacrosse have been very good to me. What keeps me motivated is knowing that there is more that can be accomplished. I want to win at every level I play at.
3.What championship has meant the most to you so far?
Well, to be completely honest, winning two Minto Cups was a great accomplishment, and I will never forget that. But winning the Founders Cup this past summer, is probably the one that has meant the most. Knowing that we brought back the first ever Founders championship to Akwesasne is a sureal feeling. Winning with the Indians felt unreal, just because it was almost the same team that had come so close in 2012.
4. Do you think playing for both the field and indoor world teams showed you can play against older players?
Yes, it helped me a lot. It gave me confidence and it helped me see where I needed to improve as a player, on and off the floor.
5. What can you bring to Rochester to help the team win?
What I can bring is some athleticism, a willingness to win and a person that will compete day in and day out.