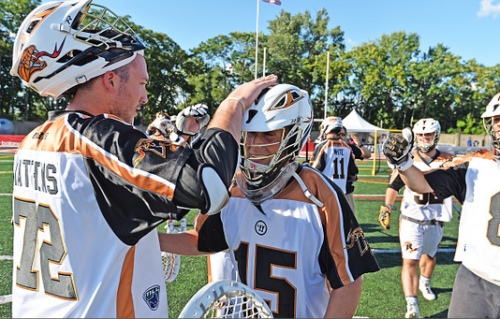 “Having our Semi-Finals in southern Connecticut and Minnesota gives us a great opportunity to expand our brand and provide lacrosse fans the chance to see the best players in the world compete for an opportunity to play in the Championship Game for the Steinfeld Trophy,” said MLL Commissioner David Gross. “We are really excited to be working with the local groups in Connecticut and Minnesota to make this a tremendous event that will help continue to grow the sport and the League.”

Opened in February 2015, Rafferty Stadium is a 3,500-seat venue located on the campus ofFairfield University. Replacing its predecessor, Alumni Field, the stadium represents Fairfield University’s commitment to the lacrosse programs. Rafferty Stadium is home to Fairfield men’s and women’s lacrosse, serves as a secondary facility for the varsity men’s and women’s soccer programs and is a primary venue for several of the University’s intramural and club sport programs.

“Fairfield University is honored to host an MLL Semi-Final Game on Conway Field at Rafferty Stadium,” said Director of Athletics Gene Doris. “We look forward to welcoming MLL fans and to our campus showcasing our premier facility.”

Lacrosse is growing rapidly throughout the country, especially in Minnesota. From 2009 to 2013, Minnesota experienced the highest growth in high school lacrosse at 73%, according to National Federation of State High School Associations data. Based on the 2014 US Lacrosse Participation Survey, Minnesota is a hot bed for youth and high school lacrosse growth.

The National Sports Center Stadium, located 20 miles north of Minneapolis, MN, is home to the Minnesota United FC and can accommodate crowds of up to 10,000. The stadium has hosted local, regional and collegiate lacrosse events, including the U.S. Collegiate Club Lacrosse National Championships in 2005 and a near sell-out game featuring Army and Notre Dame in 2008.

“The National Sports Center is proud to host one of the Major League Lacrosse semifinal games,” said NSC’s Senior Director of Sport Services Darin Thompson. “Minnesota has a passionate and growing lacrosse fan base, and we would expect a full house for the game.”

Major League Lacrosse will work with a strong partnership group in Minnesota and Connecticut, comprising of local lacrosse groups and local US Lacrosse chapters, to promote the sport’s growth and to generate awareness about the 2016 Semi-Finals.

Tickets for the 2016 MLL Semi-Finals will go on sale to the public on Monday, April 4th and can be purchased through our website at majorleaguelacrosse.com. For more information about the 2016 Semi-Finals and updates on the ticket on sale date, please follow us on Twitter at @MLL_Lacrosse.