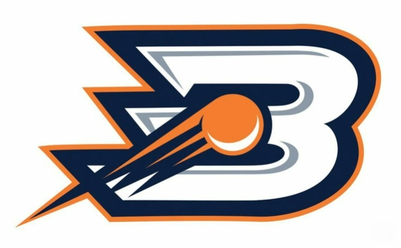 A “barrage” is a bombardment; a shower or shelling; an offensive onslaught. And the newly reinstated Philadelphia Barrage of Major League Lacrosse are hoping they can live up to the name. They’ll quickly learn if they have a wide range of relentless talent when they start their season against the Chesapeake Bayhawks in the inaugural game of the 2020 season. The Barrage may quickly have its hands full—something Philadelphia players and fans are quite used to.

Philadelphia sports are legendary—sometimes good and sometimes bad. Philadelphia fans are even more so. It takes a special kind of player to play in a city that loves you one moment and wants you cut the next. Perhaps no one understands this better than three players on their team—Anthony Joaquim, P.T. Ricci and Liam Byrnes.

Joaquim plays for the Philadelphia Wings so look for him to bring his box knowledge into the field game. He is used to close games and stepping up when he needs to. He reacts quickly on offense and defense. He is also quick with his transitions, something that is necessary in the outdoor game. Joaquim, a Canadian native, played his college ball at Saint Joe’s. He knows what the Philadelphian expectations are.

Someone else who would understand the Philadelphian expectations is P.T. Ricci from Wayne, Pennsylvania. Ricci is an MLL veteran who has been on some solid teams including last season’s Boston Cannons. It makes sense that he is on this team. His veteran leadership and the fact that he played in a variety of environments with the Cannons, Bayhawks and Launch will be necessary in trying to get this team to quickly fit the pieces together to have a successful season. His defensive skills, like those of Liam Byrnes, should mean the Barrage will have a solid defensive unit.

Byrnes also plays for the Wings so he is used to the gritty play and the mental toughness needed to fit in. As the MLL’s Defensive Player of the Year in 2019, his defensive knowledge and skills combined with his indoor play should give him a competitive advantage over some of the offensive players in the league. Look for his rough style of play to keep the offensive players on their toes.

That trio should be enough support for Shane Doss, who will be between the pipes for the Barrage. This former Notre Dame captain from New Jersey has seen his fair share of shots from outstanding players, finishing sixth in UND history with 497 saves. Now facing some of the finest attackers in the world, Doss will have to be quick on his feet.

Helping Doss train to get quick on his feet will be the offense who will lead the way for the Barrage this season, led by Mark Matthews.

Matthews, from Oshawa, Ontario, was a standout at the University of Denver. Like Ricci, he brings the knowledge that comes with being on several MLL teams. He also plays in the National Lacrosse League so look for him to continue to play on in any situation despite the hard hits and physical play.

The Barrage are also looking to Shayne Jackson to provide veteran leadership that will keep the Barrage strong this season. Jackson is another Canadian NLL player who had a strong season last year with the Atlanta Blaze. Look for him to also power through stronger defenses with players who stick tightly on their men.

In addition to the players, the coaches are all familiar with the expectations of Philadelphia crowds. Spencer Ford worked for the Bayhawks and the Blaze. Brian Dougherty is a Barrage legend with several championships for the organization under his belt. Kevin Keenan is also a former Barrage player who is from Springfield, not far from Philadelphia.

Four challenges present themselves to the Barrage this season: playing as a unified team, goaltending, handling the short schedule and shutting down opposing powerhouse players. With the MLL condensing their season to a week-long tournament, all teams will face the same challenge of handling the schedule. We’ll know soon if the Barrage have enough weapons in its arsenal to win a championship and start building a new legacy.