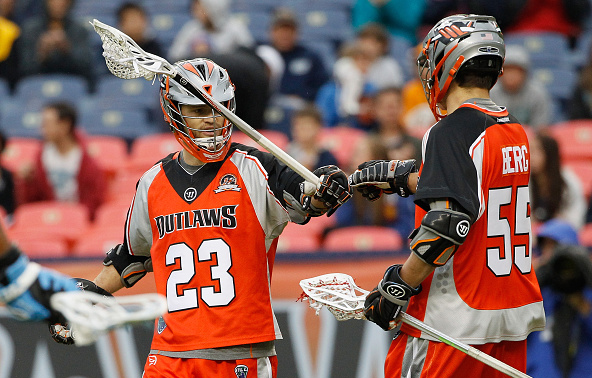 Two ships passing in the night hardly make a sound. But two lacrosse teams facing off in the mid-day heat in Denver are bound to exude a noticeable din.

Florida is a team on the rise. Languishing at the bottom of the league table for most of the season, the Launch have come alive in recent weeks as their crop of rookies acclimate to the league and begin to stretch their space legs. Connor Buczek has 14 points in six games, including three two-point goals. And that Lyle Thompson guy? After six games of his own, he is third on the team in scoring, trailing only Kieran McArdle and Casey Powell with 29 points (18 goals, 11 assists). In his last two games, both against Charlotte, Lyle tallied 16 points. Powell’s availability for Sunday’s tilt is still up in the air, but Miles Thompson moved to attack against Charlotte and netted five goals, showing that the Launch offense won’t miss a beat if CP22 is out of the lineup.

Even more than an ossification of team chemistry on offense, the Launch have improved in other facets of the game as well. Adding Jovan Miller has been a boon to the Launch’s midfield defense and transition game, both of which looked poor for most of the year (and that’s a generous assessment). Coach Stan Ross tabbed Miller as an important energy and locker room guy for the team. With so much talent on the offensive side of the ball the issue with Florida was actually getting them the ball. Miller brings consistency to the two-way game that took a nose dive when David Earl went down.

Brett Queener is one of the most exciting goalies to watch in the league, but Austin Kaut owns a 12.58 save percentage, most of which he earned in the past two games against Charlotte. Those account for half of the Launch’s wins on the year. Florida may have found their goalie tandem of the future here. Of course, the Launch will need every bit of that ball-stopping prowess, whether it’s from Queener or Kaut, against an Outlaws team that can bury the biscuit. Queener is a bit banged up, but Kaut has been more than adequate in relief and Ross said he’s not yet sure who will start against Denver.

Despite everything that has gone wrong in Denver this year, much of which can be chalked up to injuries, the Outlaws offense still packs a punch. This was on in the second half against New York last week, when Denver overcame a 5-0 deficit early to eventually close the gap to three by the final whistle.

What was surprising was Denver’s ineffectiveness at the faceoff X. They even brought in Geoff Snider for the game, but no one had an answer for Greg Gurenlian. Florida’s Chris Mattes is another Faceoff Academy staffer, but not as dominant as The Beast. Both Snider and Kelly remain banged up; Snider won’t suit up this week and Kelly is still questionable. The Outlaws claimed Brent Hiken, who spent time with the Outlaws last year, from the player pool, so they will have a dedicated faceoff specialist option should they need it. But Hiken hasn’t played yet this year, so the question becomes can he knock the rust off quickly enough to make Denver effective at the X.

Denver’s defense hasn’t been able to stop much of anything lately. Their last home game was an embarrassing 22-9 loss to the Cannons. Before that they allowed Rochester to score 21, before winning in overtime. By contrast, in its past three games the Launch scored 16, 19, and 17 goals, respectively. Florida can make the scoreboard flicker with their scoring frequency. Given Denver’s inability to stop opponents and Florida’s stacked attack that can create like no other team this game could turn into another shoot out.