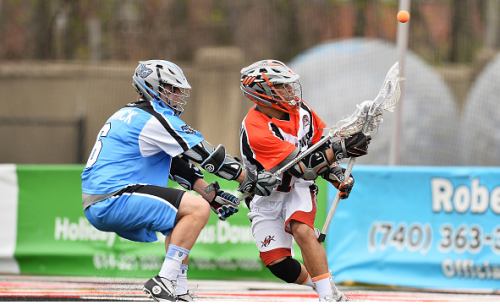 The New York Lizards have already clinched a playoff spot and home-field advantage on their quest for the franchise’s third Steinfeld Cup. But, if fans were expecting Coach Spallina to rest star players like Paul Rabil, Rob Pannell, and JoJo Marasco, they better think again.

“If one of our guys is injured, then we will sit him,” Coach Spallina explained. “But for the most part, we’re gonna play our starters. The focal point of our group from day one has been about the finish line.”

The results of this decision can be seen in this week’s matchup when the Lizards travel to Ohio to take on a hot Machine squad. The last time these two teams matched up, the Lizards opened the 2015 season with a 14-8 victory. Both teams are coming off of wins the previous week, with the Lizards taking a 18-15 victory over the Denver Outlaws and the Machine defeating the Boston Cannons 19-12. The Machine also have clinched a playoff spot.

The obvious key to watch in this game is how healthy the players are. With only two games left, it has been a long, grueling season for both teams, and it’s only going to get more difficult. Injuries will be on everyone’s mind, especially Lizards’ fans since they saw Rabil go down with an injury mid-way through the season and it costed their team a perfect season.

Overall, this is going to be a good matchup. The Lizards have the been the team to beat this year, but the Machine are really hot so don’t expect one team to dominate the other. This could possibly be a preview for a match in the playoffs.