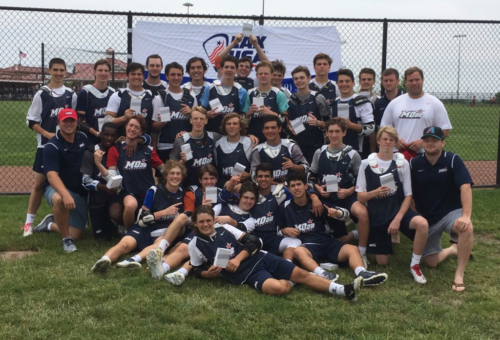 Growing up through the St. Louis lacrosse world, there was an abundance of club teams to play for in the summer. Other than maybe a couple years, each team was pretty even talent-wise. All the best players were separated. Then MO22 came along and immediately became the showcase for the entire state. They became, and still are, the team to play for in Missouri.

Head Coach Mark Seyer is aware of this success. “Ever since inception of MO22, we’ve been quite successful. Overall, we attribute the success to the players buying into the process.” This year alone spells the success for this squad. At the Lax USA All-American Claxic they went 5-0 and won the entire tournament. The Baltimore Summer Kick Off the Missouri boys went 5-0 and had three All-Star selections. The Hotbeds Tournament saw MO22 with a total of 6-3 record in a very competitive showcase.

For a Midwest team to compete at this level and travel to the best tournaments is not easy. “The struggles for a Missouri team are really twofold. We have the logistics and cost to get the team out to the East Coast to whatever tournament we attend,” said Seyer, “and the second is the competition and college coaches knowing who we are so they come and see our guys play.” With summers like 2016, MO22 has caught the eyes of the top coaches. MO22 has sent many kids to play at all levels of NCAA lacrosse. Their reputation is key to getting coaches out there and Seyer knows this. “We take that very seriously and want to ensure the product on the field is top notch.”

One of MO22’s goalies from MICDS in St.Louis, Matthew Trowbridge, competed in the Under Armour All-America senior game this year. He is the first player from Missouri to play in the famed high school showcase. Trowbridge will be playing for the University of Michigan (NCAA D1) in 2017. MO22 and Seyer could not be more proud of this young man. “He never ceases to amaze me, no matter what level of competition he’s facing. He’ll step up and be a star. You’ll be reading more on him as he continues his career at Michigan.”

As far as future plans go, MO22 is gearing up for their MO22 day this winter. “We fly college coaches in, who put on a phenomenal clinic on Saturday. We’ve had well over 100 kids at this the past couple of years and look to build on that this December,” Seyer informed. This special weekend of lacrosse also holds the MO22 tryouts for next summer. “After the clinic on Saturday, we host our annual tryout on Sunday. At the tryout, we have high school coaches make the selection for the following summer’s team. It’s truly a great weekend of lacrosse.”