Yesterday the North American Lacrosse League announced that it was suspending operations. I caught up with players throughout the league to get their thoughts on what it was like playing in the league.Before we begin, for each player I talked to I will also explain where they have played and how this affects them. 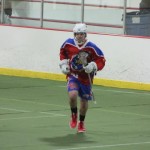 Otto was on the Jersey Jesters in the first season of the NALL, and last season began the year on the Baltimore Bombers before he was traded to the Rhode Island Kingfish, the first ever and only trade in NALL history.

“It’s unfortunate news that the NALL won’t be back this winter. I had a great time playing and seeing some great talent out there. Hopefully there can be a model that works because there are clearly enough players that can compete and that want to play box lacrosse in the US.” 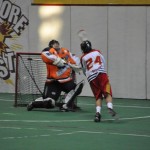 Joy was on the Bombers roster and the first ever Australian player in the NALL. He became a breakout star for the team when veterans struggled. For now, Joy will continue to play with the Australian national team.

“The NALL was a great gateway to develop players and expose people to indoor lacrosse. It was great to travel the country and play a high standard of lacrosse. It was great fun and gave a lot of guys exposure and a chance to develop their indoor game. It was disappointing to hear of the NALL suspending operations but hopefully guys can keep playing and the next time a pro league comes along there is already a great foundation.” 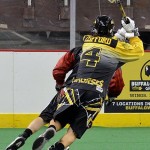 Clifford played with Kentucky in both of their seasons and he was out NALL play by play announcer for the Lacrosse Radio Network in 2012. He will be moving to New Hampshire and contribute to the sport there.

“It was a great experience. Having the opportunity to learn/play box revamped my love for the game by exposing a whole new skill set. I hope other box leagues in America grow as it can allow developing players to become more complete players.” 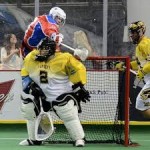 Maggio was the top pick to the Kingfish this season and is a former MLL level attackman with the Boston Cannons.

“Playing in the NALL was a special experience for me. I had the opportunity to help grow box lacrosse and compete at a high level, playing with and against some amazing players.” 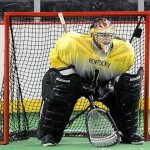 Crosby was on the Kentucky roster for the past two seasons after in the past playing in the QSLL and CanAm, and played CanAm last summer as well. He was the starting goaltender in the championship game this season against Boston.

“As an American who has traveled to Canada to play box lacrosse the advent of the North American Lacrosse League was a dream come true. It is unfortunate to see that the support needed for the league to continue could not be found, but change is a constant in this game and I am appreciative of the opportunity we did have for American indoor lacrosse players domestically – even if it was for a short time. Myself and many other american players owe Tony Chase a debt of gratitude for making our dream a reality these last two years. I would really like to thank everyone who supported the StickHorses and the NALL and I hope that you continue to support and invest in the growth of American Box/Indoor Lacrosse. “