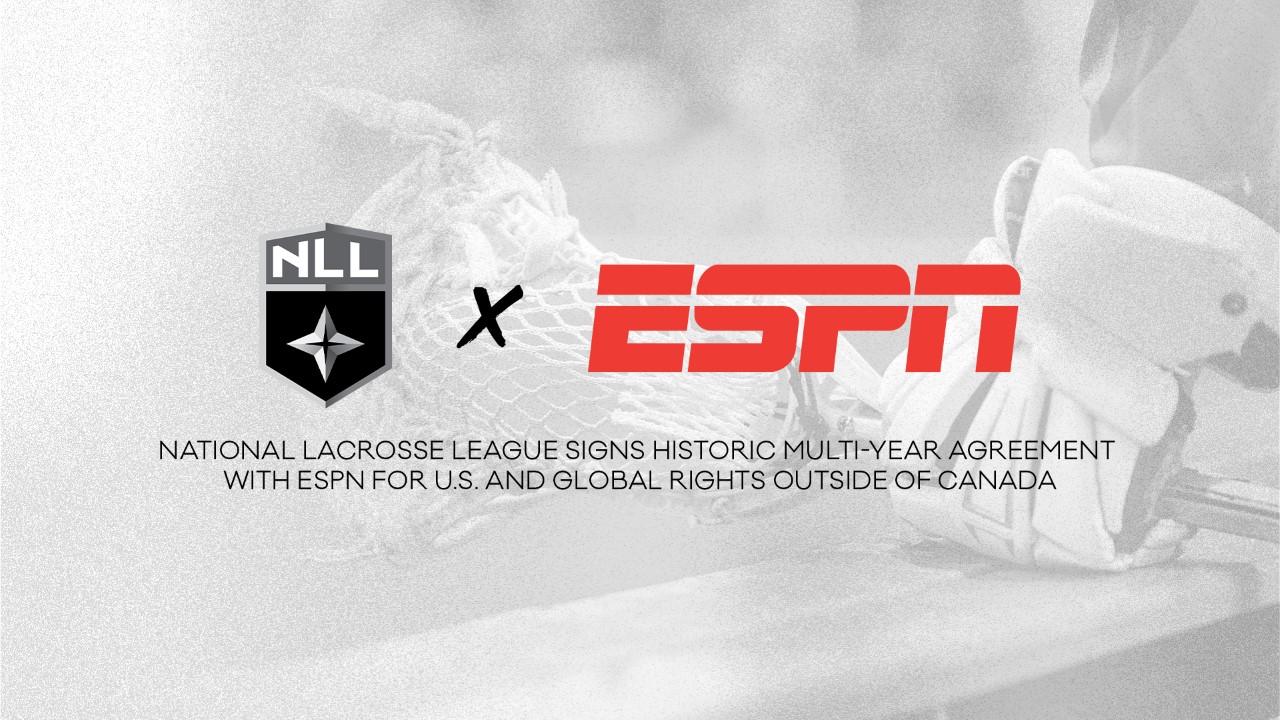 PHILADELPHIA/Bristol, CT – The National Lacrosse League (@NLL) today announced the most extensive United States media rights agreement in its history, giving ESPN and ESPN+ exclusive rights in the U.S. and the rest of the world outside Canada for live NLL games. All NLL games will be carried on an ESPN network or platform. ESPN linear networks – with a minimum of 10 live games annually – and ESPN+ will combine to carry up to 139 games exclusively each year. It will be the largest number of live televised games in the history of the league.

“We are so proud, honored and excited to work with ESPN and ESPN+ in this unprecedented landmark announcement for the NLL. Never before in the 35-year history of the league have fans, sponsors, teams and players had this type of access and exposure across the United States,” said NLL Commissioner Nick Sakiewicz. “While we, our sport and the industry continue to focus on digital native fans, we will also have the benefit of expanded reach through live distribution on ESPN linear networks. We’ve been steadily building on our media strategy and towards this kind of distribution over the last few years and are excited about the momentum an announcement like this generates heading into NLL Faceoff Weekend, December 3-4.”

“We’re thrilled to reach this new multi-year rights agreement with the National Lacrosse League, adding to our already extensive commitment to the sport of lacrosse on ESPN platforms. The NLL features elite players competing in an exciting and fast-paced game that we look forward to showcasing across ESPN and ESPN+ in the years ahead,” said Dan Margulis, Senior Director, Programming & Acquisitions, ESPN.

The broadcast schedule for the 2021-22 season on ESPN’s linear networks will be announced in the coming weeks. The regular season begins with the Vancouver Warriors at San Diego Seals on Friday, December 3 and six games on Saturday, December 4, including the debut of the expansion Panther City Lacrosse Club at the Philadelphia Wings and the 2019 NLL Championship Finals rematch between the Calgary Roughnecks and Buffalo Bandits.

The agreement with ESPN follows an earlier announcement for TSN in Canada for both linear television and live streaming coverage of NLL games, the first broadcast deal for the NLL in Canada since 2016.