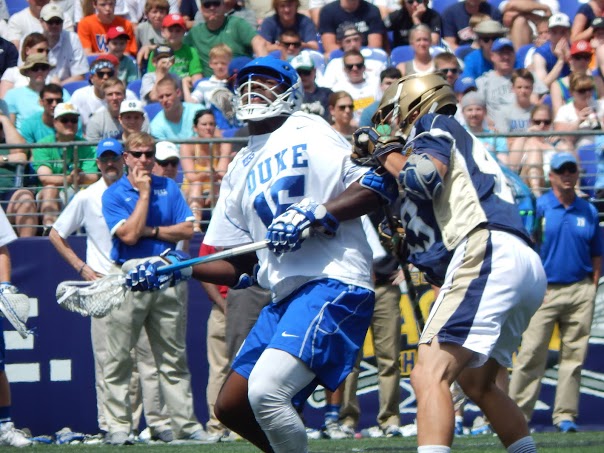 We’re in the do-or-die portion of the NCAA regular season, with every game mattering for teams that are aiming for an automatic bid or a higher seed in their conference tournament.  There’s not a ton of things to watch on TV this weekend, but if you decide to grab a laptop or two to watch some games, here are some matchups to watch out for:

We could go a narrower path with Dylan Molloy, but even if Molloy doesn’t record a goal or a point, the Brown offense is still dangerous.  This is a very fast-paced unit, and from what I saw from their game against Princeton, they shoot the ball whenever they can.  It can be effective, yet it can also result in poor shots and more time on defense for the Bears.  If they can be a little more patient with their shot choices, this offense will be dangerous come tournament time, if they make it.

We see a high-powered attack in Army against a Navy attack that has had great days and not so great days this season.  Cole Johnson and Connor Cook provide help for sniper John Glesener, who scored six goals last week against Boston.  Navy counters with Pat Keena, TJ Hanzsche, and freshman giant Jack Ray.  Maybe Ray’s size can help Navy take the upset over the Black Knights?  Also of watch, which team will have the more creative goal celebrations: Army or Navy (if you’re not familiar with this, Google both team’s celebrations, you’ll get a few laughs as well).

Both of these teams have defenses that bend, but don’t break.  They’re 3rd and 4th in scoring defense respectively in the nation, giving up about 7 goals a game, and both teams have 73 caused turnovers on the year.  JoJo Ostrander for Towson has been an anchor for the Tigers; he’ll be a key factor if the Tigers come out victorious in a crucial CAA battle.

One of the most impressive defensemen will face one of the best all-around attackmen in Sankey.  He kind of reminds me of one of Mullins’s teammates, Kevin Rice.  Mullins could also be defending against Jimmy Bitter, but Sankey has been getting the top d-pole for most of the season.

In a huge ACC battle to determine who makes the ACC Tournament in two weeks, this is the matchup to watch for all weekend, although Mullins vs. Sankey is also a very good one.  The senior walk-on defenseman has risen as a captain this season and has given Virginia a shot in all of their ACC games this year.  But Myles Jones is a freak of an athlete.  With his basketball background and finesse similar to a football player, he is a threat wherever he is.  I don’t expect Sacco to shut Jones down as Syracuse did, but he might have to come very close to that kind of performance to give the Wahoos the chance to win an ACC game.