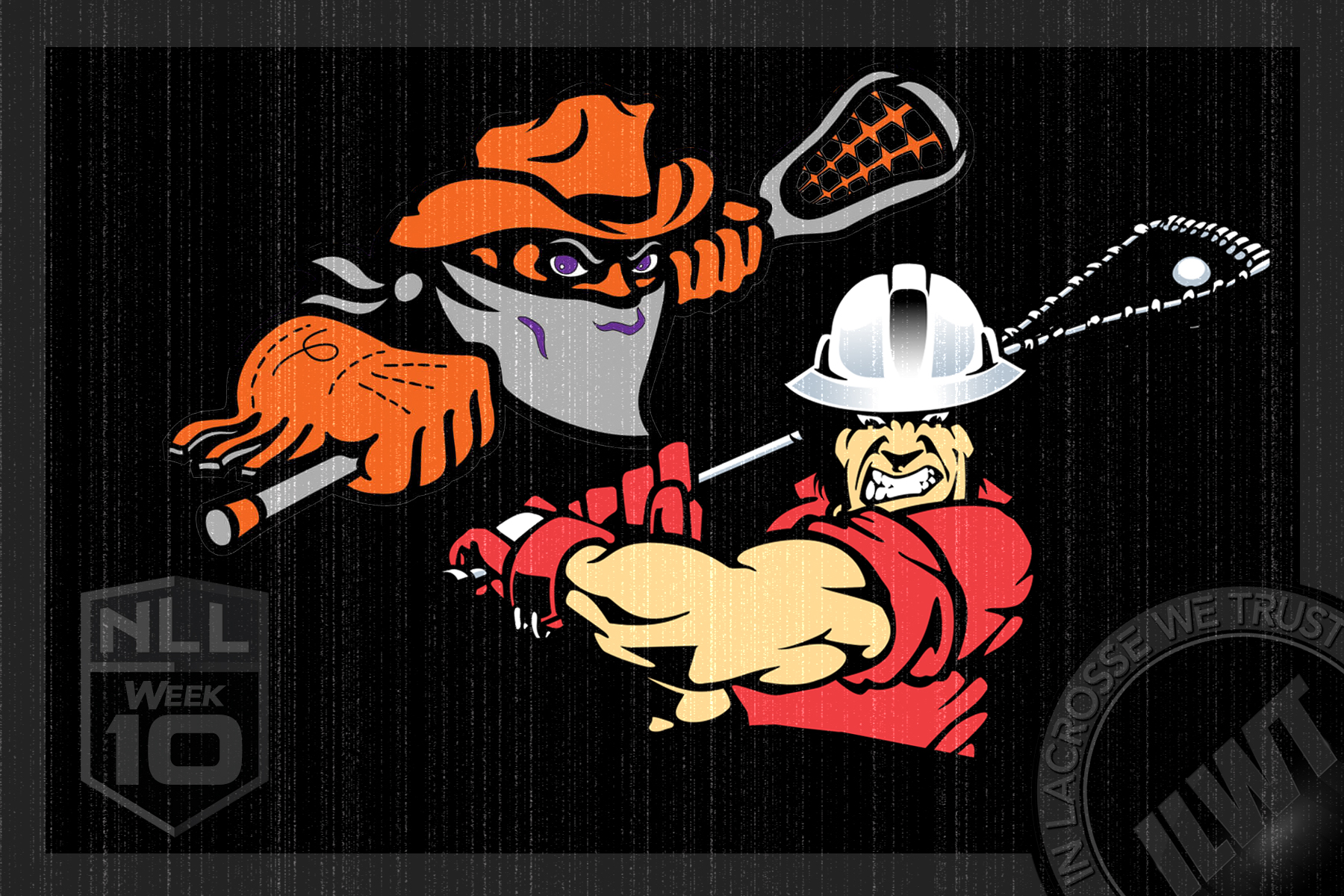 The Calgary Roughnecks would have been happy with a three-quarter game on Saturday night at KeyBank Center, considering they led the game for 45 minutes. But lacrosse has four quarters, and the Buffalo Bandits pushed hard in the fourth to secure a 12-10 comeback victory.

It was one Buffalo really had to work for as they found themselves working behind early in the first quarter. Calgary scored back-to-back goals to take the early 2-0 lead. Despite two goals from Ian MacKay and Dhane Smith, Dane Dobbie’s second goal of the quarter kept the Roughnecks ahead 3-2 at the end of the first.

Buffalo and Calgary exchanged goals throughout the second quarter but Curtis Dickson’s hat trick kept the Roughnecks on top, his first coming 2:01 into the frame. The Bandits never let the Roughnecks get very far ahead, with Chase Fraser’s shorthanded goal cutting the lead to one just two minutes later. The Roughnecks then extended their lead to three goals, 7-4, but the Bandits responded with two goals of their own from Steve Priolo and Corey Small. Dickson’s third goal came with 32 seconds remaining and sent the Roughnecks into halftime up 8-6.

Co-head coach John Tavares commented on the Bandits’ first-half play: “I definitely thought that it wasn’t our strongest game, but we found a way to stay in the game in the first half.”

The third quarter shifted momentum into the Bandits’favour despite the Roughnecks keeping the lead. In the lowest scoring period of the game, Buffalo got goals from Nick Weiss and Priolo to tie the game at eight. Rhys Duch helped Calgary take the lead back and then the defenses took over, refusing to let in another goal.

Despite his two goals in the game, Priolo credits the defense with keeping the Bandits in the game.

“It starts with [Vinc] and comes through our defense and offense. We do a really good job of picking each other up and that gives us the opportunity in the fourth quarter for our stacked offense to go to work.”

With the defense doing itsjob, it was time for the offense to take over, and take over it did. Jordan Durston tied the game at 10 with the opening goal of the final frame. However, a new face gave the Bandits their first lead in the game. Chris Cloutier, for whom the Bandits traded Ryan Wagner and a 2021 first-round pick to the Philadelphia Wings, scored his first goal as a Bandit and put Buffalo out front 10-9. Despite Calgary making a last-ditch effort to tie the game, Smith scored the game-winning goal, his second of the game, and Ethan O’Conner added some insurance to deliver the 12-10 win to Buffalo.

“We didn’t get down on each other and that shows a great team,”Smith said. “In previous years, I feel like we’d get down and let them get on a run, but luckily we have [Vinc] now and he made some unbelievable saves.”

“I’m so proud of these guys and I’m so happy to be on a team that can dig deep and find ways to win.”

The Bandits improve to 8-2 on the season and sit just shy of first place. They travel to Rochester to take on the Knighthawks this Saturday. Each team has one win in the series and the third game will determine a winner in the series.