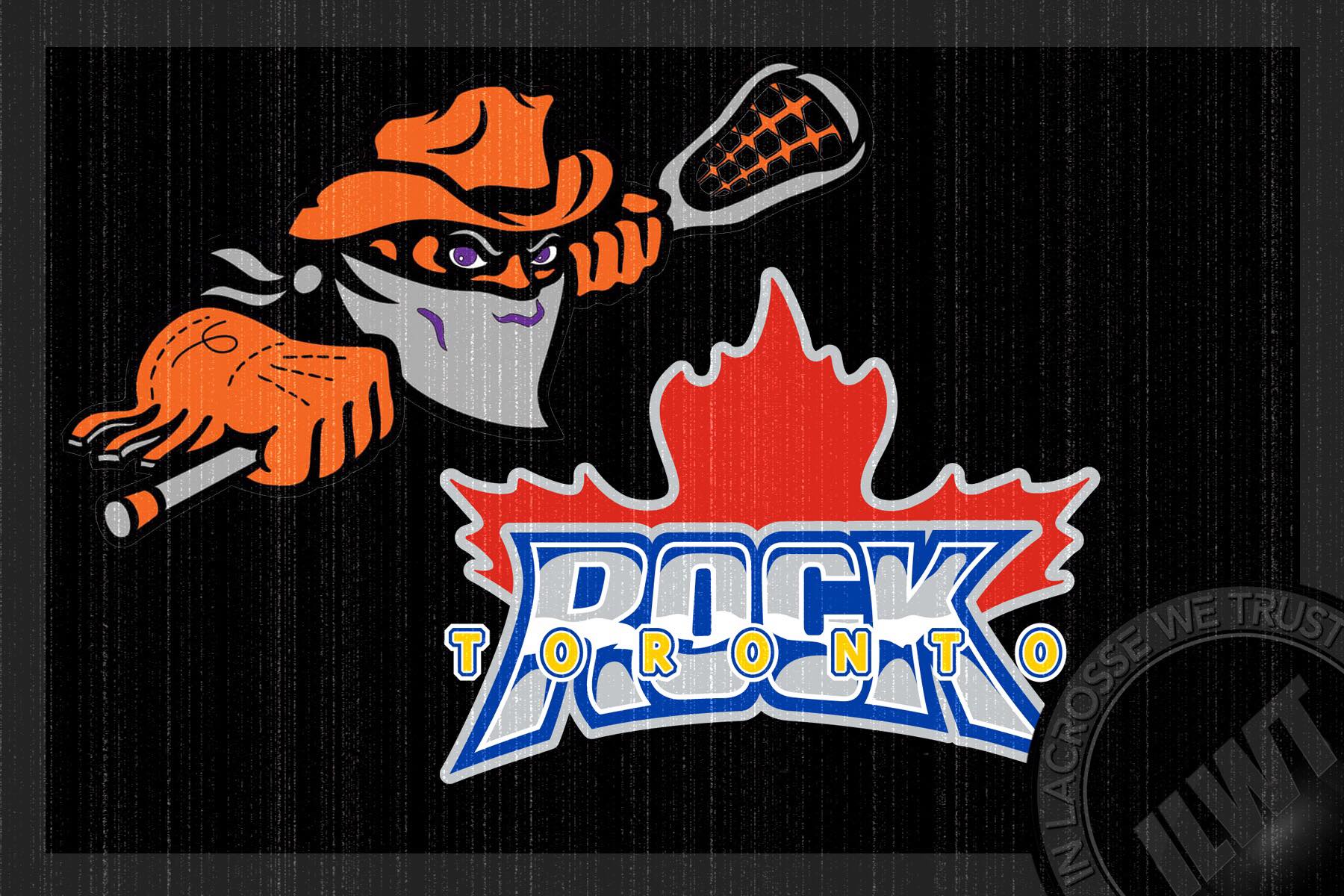 The Toronto Rock and Buffalo Bandits played a classic to open their season series on Friday night at Keybank Center in Buffalo with the Rock prevailing 17-12.

A good crowd of 10,370 was on hand for the Bandits’ home opener and the first of three games the rivals will play against each other this season. Their first meeting was a high energy, high scoring affair that saw all the expected big guns put on a show. Tom Schreiber had seven points and Rob Hellyer had six. Josh Byrne and Shawn Evans each had seven.

The Rock started poorly, down 5-2 before the end of the first quarter after the Bandits’ Thomas Hoggarth scored a natural hat trick. But the Rock’s troubles didn’t last long; a five-goal run to start the second put them up 7-2. They held that lead the rest of the game and chased Matt Vinc from the Bandits’ net in the third quarter.

“Once the game settled down, we played the game we wanted,” said Rock head coach Matt Sawyer in a team press release. “We’ll feel good about ourselves tonight, enjoy the Christmas break and get back to work and get prepared for [our home opener on] Friday. The goal is to get better every week.”

It was a good test for the Rock whose firepower should match, if not equal, the Bandits and Georgia Swarm this season. The Rock will host the Swarm on December 28th at Scotiabank Arena.

The Bandits had multiple power play chances in the first quarter (though they only converted once) which meant the Rock barely held possession and were outshot 19-8. Buffalo led 2-1 before Hoggarth’s hat trick. Damon Edwards got one back for the Rock on a shorthanded transition break with 35 seconds left to play.

Rob Hellyer, Challen Rogers, Schreiber, Johnny Powless and Adam Jones scored in succession in the first 6:26 of the second period. Schreiber and Powless’ goals came on a major power play, putting their man-up unit at 2-1 while Buffalo’s was only at 1-4. Chase Fraser broke up the run but Kieran McArdle responded 22 seconds later. Schreiber’s second of the frame came as he jumped vertically through Vinc’s crease. It was his first of what will likely be many highlight-reel goals this season. Josh Byrne’s second of the game stopped the bleeding for Buffalo at the half with Toronto leading 9-7.

The third quarter was heavy on shots but light on scoring as both Vinc and Nick Rose settled into the game. Corey Small scored a power play marker for Buffalo. Schreiber responded for the Rock. Despite the low-scoring period, Vinc was lifted in favour of Zach Higgins after allowing a goal to defenseman Billy Hostrawser with 1:31 left in the third.

Vinc made 27 saves on 38 shots. Higgins made 15 saves but allowed six goals in the fourth quarter as the Rock stayed well ahead of the Bandits with the pressure on.

The Rock outscored the Bandits 6-4 in the fourth quarter. Every time the Bandits thought they were finding some momentum, the Rock pushed back. The period was highlighted by two career moments: Bandits’ rookie defenseman Matt Gilray scored his first NLL goal at 2:40 on a 2-0 break, and Rock defenseman Brandon Slade replied with his first career goal less than two minutes later.

Byrne led the Bandits with four goals and three assists. Hoggarth finished with three goals and one assist. Chase Fraser contributed two goals and two assists while Shawn Evans had a goal and six assists.