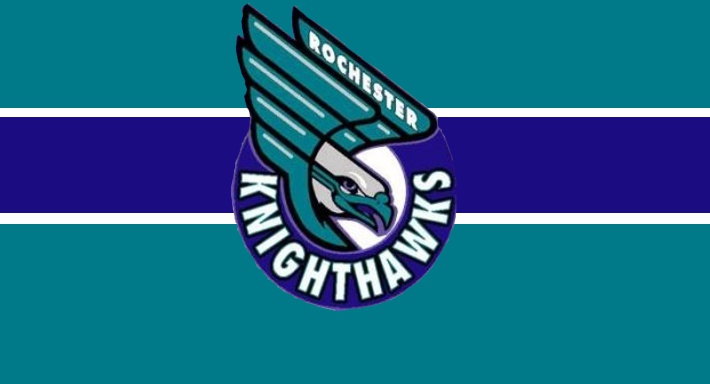 The Rochester Knighthawks have announced today that they have signed Jake Crans to a one-year deal. The 24-year-old defenseman will join the Knighthawks at their 2015 National Lacrosse League Training Camp. The contract is his second in the NLL after inking a preseason deal with the Colorado Mammoth in 2014.

“I am just super excited. It was really unbelievable to get an opportunity last year with Colorado,” he said. “To get another team interested in my style of play is exciting. I am really looking forward to it.”

Knighthawks assistant coach Jason Johnson knows Crans very well, having first coached the NLL prospect when he was just 15 or 16 years old. It was Johnson who first convinced Crans, who was playing hockey at the time, to play lacrosse at Caledonia High School.

“He was one of the first people to get me into lacrosse,” he said. “When I first started playing he was coaching the field lacrosse team at Caledonia. He was the first coach who I really had who taught me a lot about the game.”

“He had good size and he was a good athlete. He seemed like he had a real interest in lacrosse,” said Johnson. “The thing that impressed me the most was how fast he improved (his first season).”

Crans, who still remembers going to watch Knighthawks Cody Jamieson, Sid Smith and Craig Point play for the Six Nations Arrows, began his road to the NLL with the Junior “B” Six Nations Rebels. Crans learned the ropes with the Rebels and won back-to-back Founders Cup (2011-12).

“It was awesome. It’s a first-class organization,” he said. “They treat everyone pretty well. My first two years I was just an AP (call up) so I played a little bit of intermediate. I just kept coming out and they liked that. After a couple of injuries (on the team), I got my shot. I became a mainstay in the lineup after that for my final two years. It was awesome there.”

Crans parlayed his success on the turf into a stellar career at Western University. In 2014, he completed his four-year Canadian University lacrosse stint with the Mustangs. That same year, he played his first of two straight seasons of pro lacrosse with the Southwest Cyclops of the Canadian Lacrosse League (CLax).

In 2015, the Caledonia, Ontario native also played for the Senior “A” Six Nations Chiefs, who finished atop Major Series Lacrosse. Crans played in seven games with the Chiefs and got the chance to play alongside Knighthawks Angus Goodleaf, Stephen Keogh, Colin Boucher, Jon Sullivan, Point and Smith.

“He’s getting used to a lot of the guys. He likes learning from the guys and knows his role,” said Johnson. “He is a stay-at-home defenseman. He is smart and getting to know the game.”

“Senior ‘A’ prepares me way more for the jump (to the NLL), considering all those guys on the Chiefs are pros,” said Crans. “It’s definitely more comparable and a lot more fun.”

Crans finished the 2015 campaign with the Senior “B” Six Nations Rivermen, appearing in 16 games and recording 12 points (3+9). Over the past three seasons, Crans has played for the Rivermen and helped his team win the Clare Levack Memorial Trophy in back-to-back seasons (2014-15). Last season, the 6-2, 205-pound defenseman had an outstanding postseason with the Rivermen, scoring six goals and collecting four assists in 17 games. After winning his second straight Ontario Senior “B” championship in 2015, he won his first President’s Cup on Sept. 5.

With camp just two months away, Crans noted what he needs to do to impress the coaches in Rochester.

“I need to show some speed and aggressiveness getting loose balls and keep the communication up with some of the guys who I already know there,” he said. “I am just trying to be a solid guy in the defensive end.”