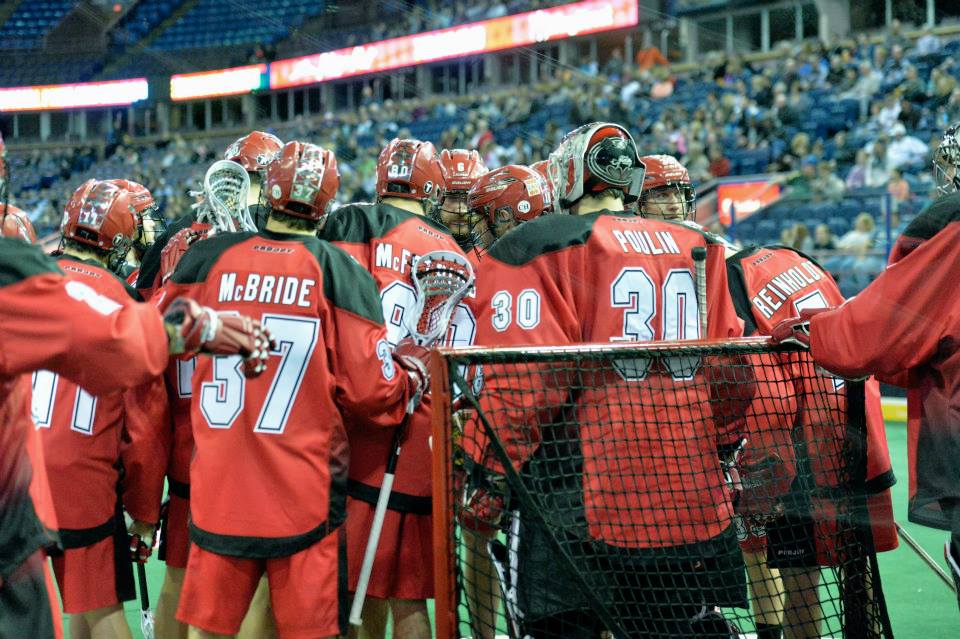 The Calgary Roughnecks (0-1) play their first road game of the year in the east division tomorrow when they visit the Buffalo Bandits (0-0) in their home opener.

After shutting out the Saskatchewan Rush last week in the first quarter and most of the second, they failed to make the adjustments that the Rush made and came out on the losing end after such a solid start, and they know it.

After going through a major overhaul in the offseason including losing league MVP Shawn Evans they had a lot of holes to fill and jobs to be won, so it is to be expected that there will be some growing pains, but last week hurt. What hurt the most though, was four short handed goals… two of which were on the same power play.

This is also the first time Calgary plays ex-teammate Daryl Velman who played with Calgary and went to the finals with them two years ago, losing to the Knighthawks.

They can’t make those mistakes against another freshly turned-over roster, playing a Buffalo team that is coming into their season for the first time in 23 years without John Tavares (I’m told he was pretty good).

The Bandits have last year’s MVP runner up Ryan Benesch back, as well as snipers Dhane Smith, Mark Steenhuis and one of the surprises out of Bandits training camp, Tyler Ferreira, looking to earn his floor time around the veterans.

The Roughnecks lost their only meeting last year, in Calgary, a close 15-14 affair in which no team had major momentum and the Bandits won it late; kind of what happened last week, and don’t think that’s lost on the Roughnecks.

Looking for a win on the road is tough, but playing in a building as small as First Niagara Center adds even more to it with a usual raucous atmosphere and being their home opener it will be full of energy, which the Roughnecks need to take advantage of and take the crowd out of the game and hopefully find the back of the net early and often.

Look for Frankie Scigliano to get another start after a solid performance in last week’s loss playing in all but 23 seconds—he also made 37 saves on 47 shots holding off a potent Rush offence most of the game.