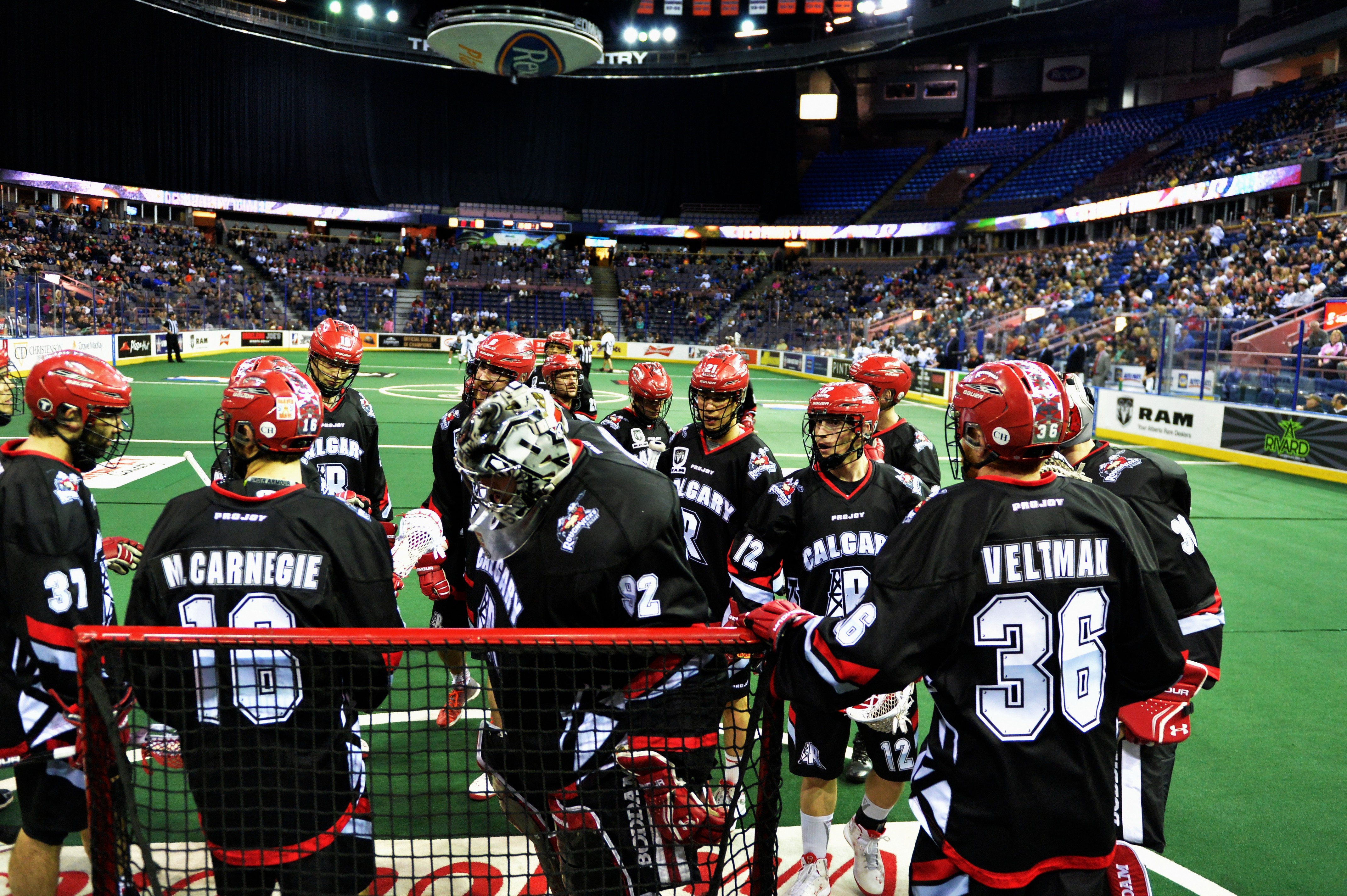 The fourth-place Calgary Roughnecks (5-7) came from behind to defeat the first-place Colorado Mammoth (8-3) by a 13-9 final score Saturday night in the Scotiabank Saddledome. The win solidifies Calgary’s claim to the third and final playoff spot in the NLL West Division while Colorado’s lead on the second-place Saskatchewan Rush was reduced to just a half game.

The Mammoth got out to an early 4-2 lead in the first quarter, requiring the Roughnecks to regroup and play from behind. They were able to do just that, working their way to a 5-5 tie by halftime and then taking control of the game in the second half, outscoring the Mammoth 8-4 after the break.

In a game where the shots on goal totals for both teams were similar—Colorado outshot Calgary 57-53—goaltending was the deciding factor. Former NLL Goaltender of the Year Mike Poulin turned aside 48 shots for the Roughnecks in his bounce-back year following a disappointing 2015 campaign. For the Mammoth, goalies Alex Buque and Dillon Ward combined for 40 saves ; a decent night, but not enough to match the Poulin Wall at the other end of the floor.

The Roughnecks were once again led by Curtis “Superman” Dickson, who scored a hat trick and added five assists—Dickson is averaging seven points per game in his last five contests and has worked his way up to third place in overall league scoring with 67 points on the season.

The Mammoth offense was led by Callum Crawford with three goals and three helpers but the big news on the Colorado side of things was that Adam Jones was shut out, snapping his 56-game goal scoring streak, which is the league record. (As a baseball fan, seeing Jones’ streak end at 56 games—the same length as Joe Dimaggio’s MLB hitting streak record—just feels right.)

The Mammoth now have a week to regroup before facing the Roughnecks again on March 26 in Colorado. The Mammoth are undefeated (5-0) at home this season and will look to extend that record.

The Roughnecks meanwhile have a busy weekend coming up. They travel to Georgia to face the Swarm (4-7) on Friday night, then head to Denver for their Saturday night rematch against the Mammoth.