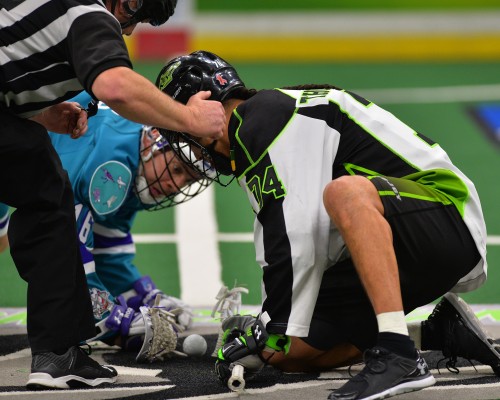 The Saskatchewan Rush have a score to settle with the Vancouver Stealth when they walk into the Langley Events Centre on Saturday night. The Stealth stole the home opener and first ever home game in Saskatchewan Rush history back in January with a 13-11 victory that left the home crowd disappointed and the Rush players with a sour taste in their mouths.

Since then the Rush have grown stronger and have regained their championship form. They come off a 14-8 whipping of the Georgia Swarm last week and look to continue their climb to the top of the NLL West Division standings. They are currently 6-3 trailing the Colorado Mammoth who sit at 8-2.  They certainly are within striking distance with nine games remaining.

The Stealth on the other hand are having a very disappointing season, managing only 3 wins against seven loses. Take away a few lopsided beatings, the Stealth have been in most of their games.  If they lose against the Rush it will certainly be a season without playoffs for this franchise.

On paper this game should be a win for Saskatchewan, but if the Stealth are to win they must do so by playing with intensity, emotion and staying out of the penalty box. They will also need a stellar game from goaltender Eric Penny.

For the Rush to win, they need to play error free Lacrosse, score early and take the home crowd out of the game.