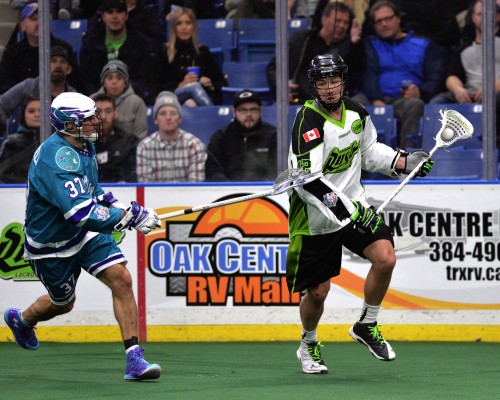 At the time of the demise of the Edmonton Rush, it could have been argued that the relocation of the 2015 NLL champions was the peak of the league’s biggest concerns. Just weeks after the Minnesota Swarm relocated to a small arena in Gwinnett, Georgia, and less than a year after the league’s oldest team, the Philadelphia Wings, located to a casino in Connecticut, now the champs were leaving.

Saskatchewan was yet to ever see pro lacrosse, and with another arena downgrade, it made sense for there to be concerns about the viability of the team. After all, Philadelphia and the Washington Stealth (who moved to Vancouver), had seen attendance drops.

Edmonton was a middle-of-the-pack NLL team, attendance wise, but had a loyal and devoted fanbase at its core, always being there for the big games as the Rush went on their run to history. Bruce Urban, the team’s owner, relocated the team after frustrations with the new arena going up in Edmonton, and not being invited to join it as a tenet.

While markets that have succeeded in lacrosse before, such as Baltimore or Long Island, have not been as a positive in the NLL, Saskatoon has emerged as one of the biggest draws in the league.

Attendance has gone up, with more than 11,000 in the Rush’s previous home contest against the Rochester Knighthawks, and it has grown throughout the season. Unlike the Georgia Swarm, that saw a peak on opening night they have not been able to replicate.

While other proven NLL markets such as Toronto and Rochester have not been able to sustain over 10,000 fans all season, the new Saskatchewan team has only continued to grow.

The Rush have found an equally as devoted fanbase as in Edmonton, and has had financial and branding success off the floor.

In a league where sales of merchandise has never been something discussed as much as leagues like the NHL or NFL, this development isn’t terrible surprising because its a new team with new fans and entirely different jerseys than they had in Edmonton. However, I’d be willing to bet the new team in New England did not lead in sales last season, nor Vancouver the season before.