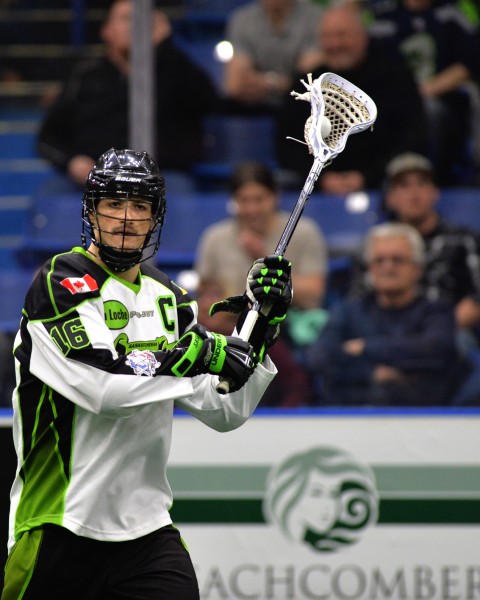 The Buffalo Bandits take a trip out to the prairies of Canada to take on the Saskatchewan Rush in Saskatoon. The Bandits are coming off a disappointing Week Eight where they lost back to back games to the Toronto Rock and Georgia Swarm. They’ll look to redeem themselves in this matchup, but against a Rush team that has won three out of their past four games it will be no easy task.
Saskatchewan has been benefiting strongly this year from the performance of goaltender Aaron Bold. Currently Bold has the league’s lowest goals against average at 9.85 and has the added pleasure of having one of the strongest defensive units in front of him. The Rush will look to Chris Corbeil, Kyle Rubisch, and Ryan Dilks (among others) to shut down the Buffalo offense, in particular league leading scorer Dhane Smith. With that said, offensive weapons in Mark Matthews and Zack Greer have put up very respectable number in the past four games and will look to continue that trend against Anthony Cosmo and the Bandits.
Buffalo has put in some very poor on-floor performances of late, in particular their defensive collapse in the third quarter. The Bandits are a type of team that start off very explosive in the first half and are very hard to stop in that time. However, late game blunders have given opportunities to the opposing team and they’ve been able to capitalize on that. Whether this be penalties, defenders getting beat, etc. it happens all too often in the third. Everyone knows the Bandits have a more than capable offense, so that’s not an issue, but they need to start making drastic defensive changes to lead them to the victory come the final buzzer. Billy Dee Smith, Steve Priolo, and Dave Brock are a big part of that system, and they’re performance and attitude will be a big factor.
Ultimately, this will be a great game of lacrosse. You will see one of the best all around defensive units from the Rush collide with an explosive Buffalo offense. Faceoff is set at the SaskTel Centre for 8:30 p.m. EST.