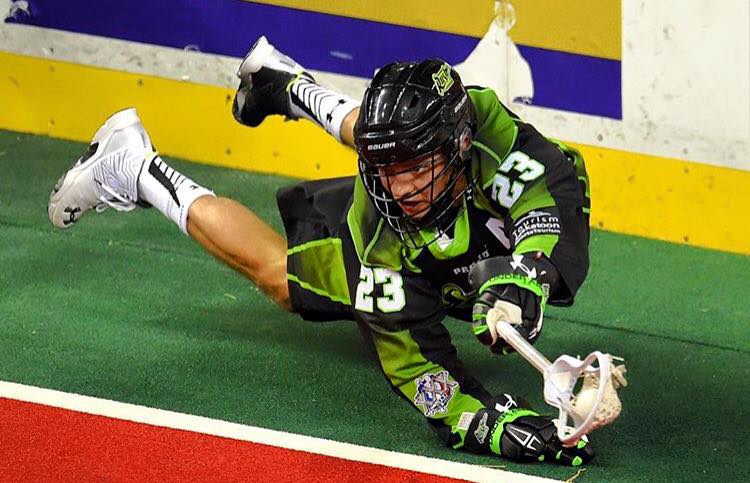 After a listless second-half performance last weekend at home against the New England Black Wolves, the Vancouver Stealth look to bounce back against the defending Champions Cup Saskatchewan Rush in their first game in their new home.

The Rush started their season successfully, triumphing over the Calgary Roughnecks in Week One, 10-8. Saskatchewan’s second-half performance mirrored New England’s, as the Rush came back from 5-2 down to outscore Calgary 8-3 over the final two frames. It’s akin to Vancouver’s poor second-half, where they only mustered one goal against Evan Kirk and were outscored 8-1.

Saskatchewan returns virtually all of their roster including a deep offensive cast that will be a tough test for Vancouver’s revamped defense. The Rush got multi-goal performances from Mark Matthews, Zack Greer and Robert Church while Curtis Knight had five assists in his return after missing the 2015 NLL season with a knee injury. Needless to say, Saskatchewan is stacked with sharpshooters and will give Eric Penney his second big test in two weeks.

Penney struggled mightily last Saturday night, giving up 12 goals on 33 shots before he was replaced by backup Chris Levis. Saskatchewan had 75 shot attempts in their win over Calgary, so expect Penney to have another busy night. Knight, who had 12 shot attempts but nine on goal with no goals scored, will be a factor offensively and could get a confidence boost with a couple of goals tonight.

Matt Beers returns to the lineup for the Stealth after missing the home opener due to a suspension that carried over from his last NLL season. With underwhelming games from a lot of guys coming out the back gate, there could be more shake-up by head coach Dan Perreault and defensive coach Kyle Sorensen.

With the Rush absolutely shutting down the Calgary offense in the second-half to the tune of three goals on 17 shots, Vancouver will need to figure out how to get their offense on track. Their performance fell flat and outside of going 3-for-5 on the power play, they scored just four goals at five-on-five. Garrett Billings and Rhys Duch will need to figure out the spacing on their side of the floor, which got jumbled up at times.

Vancouver needs to see drastic improvement with their offensive movement as well. They generated no cutting no off-ball movement against New England, their ball movement looked stagnant and there was too much play on the perimeter.

Tonight’s game will be played at the SaskTel Centre. Faceoff goes at 8:30 EST/5:30 PST.