Noggin protection is a HUGE topic throughout athletics currently. In American football (and Canadian), the players are continuing to get bigger, faster and stronger earlier on in their playing days. No matter the type or depth of equipment, players colliding at those rates are bound to take impact injuries.

Lacrosse and hockey are a little different. Field lacrosse leaves tons of space to maneuver around opponents, and the open style of play leaves room for plays and clears to actually happen. There’s an occasional head blow, but remember lacrosse players (no matter how big and fast) are not groomed football tackling machines.

Hockey and indoor lacrosse are different, because fighting is allowed, as well as the fact that checks against the boards are considered ‘double-impacts’—your brain bounces when the opponent hits you, and AGAIN when you collide with the boards. Smaller spaces also mean more chances for collision.

Last year, Cascade released their ‘R’ series. Bringing lateral displacement to lacrosse, the sleeker design causes impacts to disperse throughout the shell and around the head.

This one’s a skeleton shell, transparent to show the padding inside. It’s some intriguing stuff, I tell you. Lacrosse isn’t as high impact as football, but the technology and safety are still needed. Lateral displacement is a newer form of impact protection. 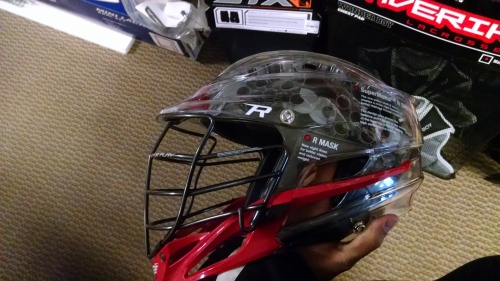 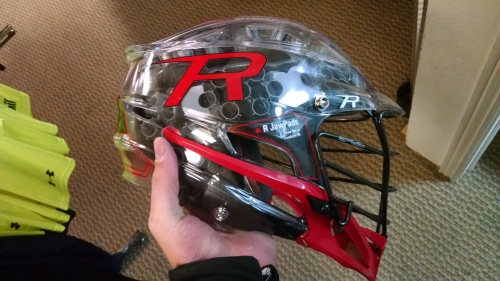 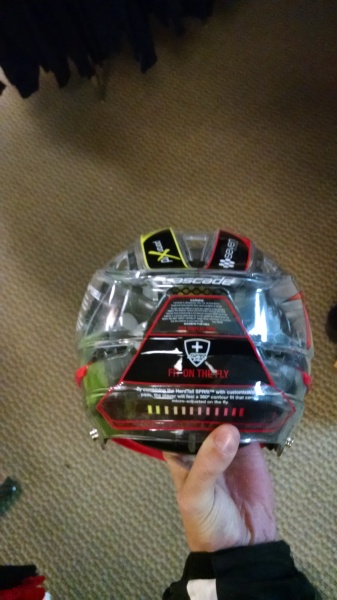 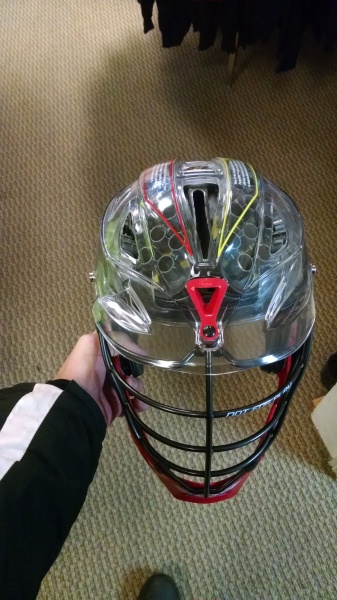 One of the best parts of the helmet is that it’s lightweight. In football, you’re mostly looking forward, for blitzes, offensive packages, opponents, the direction you’re running, etc.

Hockey is more dynamic because you can move any direction (and on fast breaks, that’s limited by skating momentum).

Indoor and field lacrosse are more like basketball and soccer in the sense the ball and offense can change direction whenever they feel like it. The momentum is more controlled, and the players’ heads twist and swivel much more because they’re paying attention to their surroundings 360 degrees.

Keep all this in mind as I now introduce to you the STX Stallion helmet, released to LaxWorld Denver and other retailers around the nation. 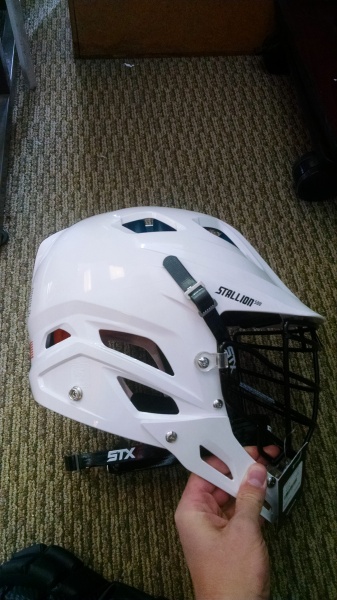 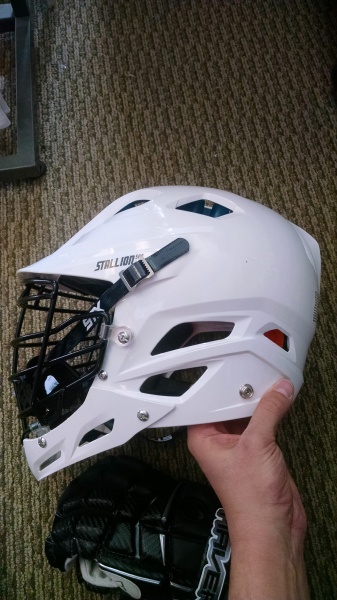 Aesthetically, looks neat. Comparable in shell design to the Warrior T-II and Regulator. Instead of a horizontal fin on the back, it’s a vertical one.

Though the lighting is poor, look very closely at the top row of the face mask. It cuts off very far in the front, and after wearing the helmet, I found it drastically cuts off your peripheral vision.

However, there are TONS of vents. 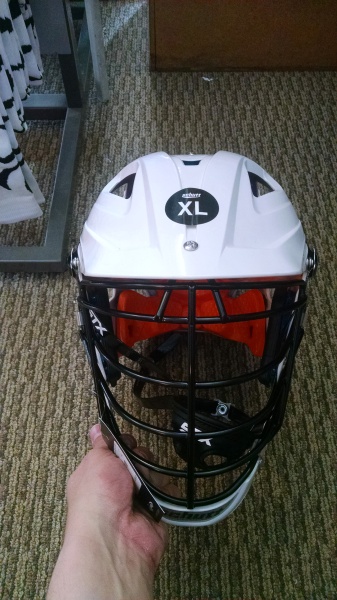 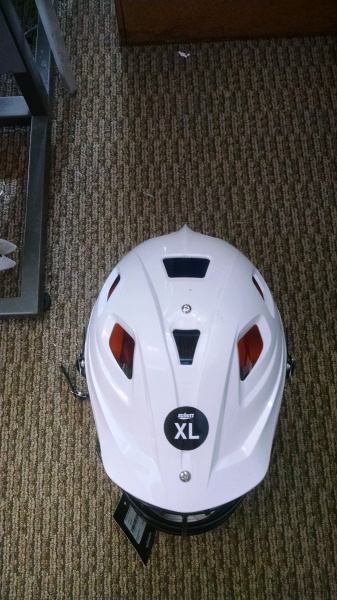 As much as we agree or disagree on tilt, it’s a growing trend in the sport amongst players to tilt their helmets as forward/low as possible. With this football-designed face mask, that’s not as much of an option. The top row has “protective bars” that start to cut off your forward vision. So, you can’t see out the sides or the front, are we supposed to wear this backwards? 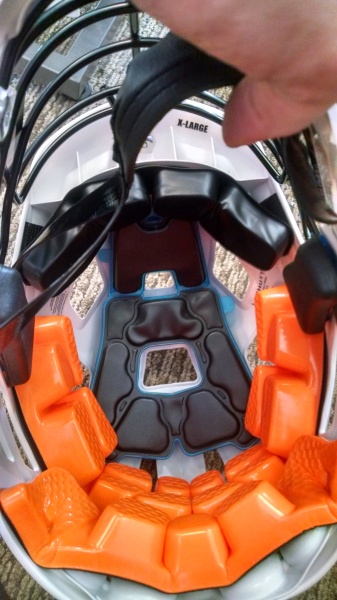 Never judge a book by its cover. It’s what’s on the inside that counts.

That’s football-styled padding. Very thick memory foam and a top-head pad as well. The helmet is very heavy. Hold it with a Cascade R in each hand, and you’ll easily feel the weight different. Put the STX Stallion on your head and try playing defense. You’ll get a neck workout (seriously, no puns intended) from keeping your head on a swivel.

In the NLL and other indoor leagues, I really do think this could be a great advancement in head injury prevention. Just the ways the game is played in the rink would call for better head protection and more padding. There aren’t as many players as on a field at once, so less head swiveling to pay attention to them. (That statement is probably entirely inaccurate. Let’s be honest, they need the same amount of awareness, but back to my argument).

In field lacrosse, I honestly truly don’t see the need for this. Players aren’t colliding head-to-head every play, building up momentum, suspense, power, etc. Lacrosse is dynamic and all directions.

Overall, STX is a great company; one of the firsts around the medicine game. This is a great helmet with great protection. I think it was a stupendous idea on paper, and poor in physicality.