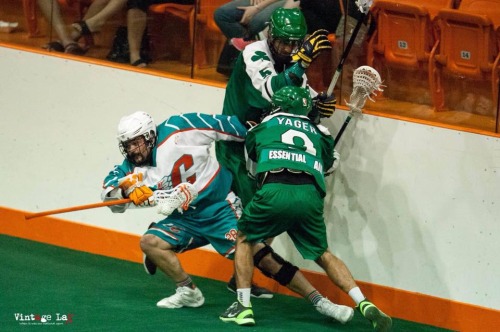 Ireland will once again be coached by Jeff Dowling, who also serves as Exec. VP and Director of Lacrosse Operations of C-Lax.  Dowling will be assisted by Tom Howe and Geoff (Abe) Conn.

“After seeing the increase in talent level at our tryout camp in October from where it was four years ago, we are extremely encouraged about our prospects at the 2015 World Games,” said Dowling.  “We had to make some tough decisions at every position and truly believe that we will be a much more balanced team than we were in 2011.  Adding players like Stephen and Andrew that compete at the highest level of our sport will be a big boost for our players and we expect that the growth of the sport in Ireland will also be greatly influenced by their participation.”

Ireland will be holding their next camp in conjunction with the 2015 European Box Invitational, from April 17-19, in Radotin, Czech Republic.