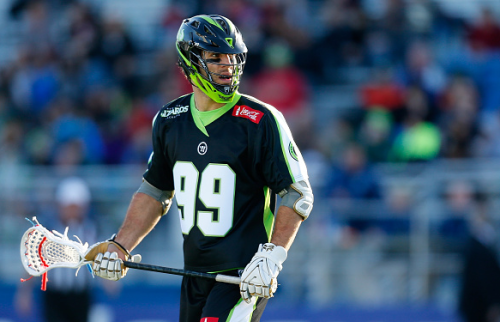 If you build it, they will come.

The famous quote from the baseball movie “Field of Dreams” has been proven over the history of professional sports. Just a little over a century after many of today’s pro leagues were formed, professional sports have reached a peak in popularity.

The four major sports, along with college football and basketball, have become multi-million—in some cases billion—dollar operations. In an age of constant and overload of information, leagues have grown even faster than ever.

And yet, professional lacrosse, which has grown in the era of media overload, has fallen by the wayside. Once a growing and prominent league, the National Lacrosse League is left with an odd number of nine teams and relocations to downgraded markets.

On the other end, Major League Lacrosse is expanding and might add yet another team this offseason to go with their already announced Atlanta club. The 15 year old league has been on the upswing but still has a long way to go if they want to be considered in the same class as even a Major League Soccer.

In most professional sports, players become more marketable than even the teams. Lacrosse is no exception. Commercials on television during lacrosse games (and sometimes other sports) focus on Lyle Thompson, Rob Pannell, Brodie Merrill, and Paul Rabil without much of an inkling of what pro teams they play for.

While this doesn’t differ from many other professional sports, many of these players have arrived in the commercial spotlight thanks to their own self branding. In the world of professional lacrosse, a player’s brand can become even more valuable than their play on the field.

Of course, the better the player, the bigger their star becomes. Paul Rabil is the face of professional lacrosse. Many outsiders to lacrosse have heard his name and know of his accolades. Yet, once again, the idea of the teams he has played for are unknown.

Or maybe there is confusion behind it because of the issue that only lacrosse seems to face; there are multiple leagues.

“If it’s not obvious at this point, there needs to be better coverage in and around the pro game.” Rabil said. “This year, there was an eight game overlap between the NLL Champion’s Cup finalists, and Major League Lacrosse. Yes, former MLL MVP, Kevin Crowley, missed the first eight weeks of MLL season because of his campaign with the Toronto Rock. He played in six games with the Bayhawks. On top of this, few people put any stock in the value of training camp. Do you think a pro player is better suited gearing up for his first MLL game and fairing well—without any practice? It’s the same for the NLL.”

This has been an ongoing issue in the lacrosse world for the past couple of seasons since the NLL extended their season to 18 games and MLL pushed their season back to an early April start.

“And for the NLL players and analysts that say differently, it doesn’t hold water.” Rabil continued. “The NLL has all the leverage in this scenario. They’re first up to bat. Their season starts, and MLL season finishes. If the tables were turned, and your top indoor talent ran the risk of missing the first eight games of the season, what do you think NLL coaches and GMs would say? Mind you in either scenario, a player who elects to play in both leagues does not get paid for the MLL games they miss, due to overlap. So quickly, the opportunity to formerly double your wages by playing in both leagues is cut into half, or thirds. I say formerly, because the overlap used to not be this large. My rookie year in MLL, there was a single week overlap for the NLL Champion’s Cup finalists. An overlap and risk worth taking. Most of us did.

“But in fairness to MLL and NLL, they’re doing what’s best for business. These are for-profit entities. Lacrosse is a spring sport. Ask any media outlet in lacrosse when their highest readership, viewership and engagement is… they’ll tell you spring time. It’s when the youth programs are out, HS teams are playing, and college season is on fire. It’s in the interest of both leagues to capture this momentum.”

This is another issue in regards to players marketing themselves. Rabil claims that playing in the NLL and MLL helped him brand himself in different markets. While this is true (Rabil has played in the Philadelphia, Boston, New York, and Washington state markets), the concerns he expresses about players not being paid for the games they miss remains. Players have to make the decision of which leagues to commit to as to what benefits them more, and that also creates difficulties for other aspects of the game. For example, as Rabil mentioned, Crowley missed eight Chesapeake Bayhawks games. The Bayhawks struggled this season, and those extra eight games of Crowley could have benefited the team.

Meanwhile, while Rabil plays just Major League Lacrosse, the NLL team who holds his rights is the New England Black Wolves. If he were able to play both, who’s to say how much it would have helped that team?

Players want to play in both leagues, and more than anything, players want to attach their brands to their leagues and teams and help them grow as well. Like in all sports, players at times can transcend the leagues they are in. Lacrosse is no different; basketball has the LeBron’s and Kobe’s, hockey the Crosby’s and Ovechkin’s. Lacrosse has Rabil, more than anyone, but other players as well such as Pannell and Peter Baum and Kevin Crowley.

In a sport where players identify with so many teams, communities, leagues, and regions, one would think that would help extend their brand. It can, for sure, but there could also be difficulties. When one thinks of Derek Jeter, they think of the New York Yankees. Or Tom Brady with the New England Patriots.

What team do you think of when you hear the name Curtis Dickson? Or Andrew Suitor?

Players have been branding themselves on social media, with YouTube channels, Twitter chats, and by gaining sponsors with companies involved in the sport. There isn’t a ton of help from the leagues themselves as far as player promotion.

Major League Lacrosse has been improving in this field. This season they included several top plays, players, and highlights as a part of their overall coverage. However, there are a few areas where there could be improvement in this department, and that includes with the NLL.

I asked Rabil his opinion on whether professional lacrosse needs to improve with their player promotion. More than anything, players are willing to work with these leagues and cross promote themselves aligned with the top levels of lacrosse in the world.

“Strategically, yes. There are three ways the pro leagues can garner more attention and loyalty:

“1. Building player brands and rivalries. The players are the strongest assets of the league. They’re the performers who fans pay to come and see. People tune into TNT on Christmas day to watch Lebron, Kobe and Durant. No matter who their favorite team is.

“2. Establish a strong community footprint. The New York Lizards need to be memorialized by New Yorkers. All of Boston should want to know how the Cannons did last Saturday night. I grew up a Redskins fan, because I’m from the Washington DC-metro region. I had no choice.

“3. Build MLL cache. The next 10 year-old who picks up his first stick and falls in love with lacrosse, should know and want to play in MLL. And he should believe that playing in MLL will be fruitful.”

There are other areas where Rabil has ideas. He recently tweeted about the emergence of esports, and how lacrosse can get involved with them. In recent years, sports and the digital world have merged to create amazing results. Fantasy sports have become a competitive device in themselves and daily fantasy has become a multi-million-dollar industry. Other sports have taken advantage of this phenomenon, with the National Football League going as far as building sections of their stadiums dedicated to fantasy sports consumption.

“According to Forbes, in 2015 more than $250 million will be spent on various esports platforms, and by 2020 that figure is expected to exceed $23 billion,” said Rabil. “For a long time it’s been said the NFL is as popular as it is because of two things: fantasy football and sports betting. We need to figure out a way to grow our esports presence, enticing both endemic and non-endemic fans to actively watch and engage in live games.”

The other promotional aspect of professional lacrosse that has been turbulent has been television coverage. Both the NLL and MLL have bounced around several networks, including but not limited to, NBC Sports, CBS Sports, ESPN networks, regional networks such as NESN and MSG, Universal Sports Network, and various YouTube platforms. Currently, the NLL is broadcasting all of their games on their own network (after attempts at Livestream and YouTube) while MLL is broadcasting mostly on ESPN3.

“This is an area where we can improve,” Rabil commented. “I’ve heard two complaints I feel are strong:

“2. TV doesn’t capture the transition and free-flow of the game.

“Challenges: 1. For the ball: there are none. Twenty-five-plus years ago, tennis sunk millions into R&D to figure out what color ball being served at 120-plus mph would pick up best on TV against a green, brown and blue surface. That color is called optic yellow. We should try it.

“2. Camera work: funds. Production costs are high, and pro lacrosse budgets are low. We should use this opportunity to do things no other team sports are willing to try… yet. Meaning, let’s give players GoPros and live stream from them during games. Little things like that will spark interest, and hopefully move the needle.”

The majority of sports are consumed through broadcast. MLB teams have multi-billion-dollar contracts with networks. DirecTV pays the NFL over $1 billion a year for their Sunday Ticket package. Lacrosse lacks in this field dramatically, and it has little to do with game attendances. Most professional sports teams make a lot more from television revenue than the gate itself.

In general, the sport of lacrosse is conflicted in the media. Especially in media that is not around the sport every day. Recently, TSN hockey reporter and lacrosse enthusiast Bob McKenzie tweeted that lacrosse will only ever be a niche sport. Of course, conflicting opinions in the lacrosse community emerged.

Lacrosse is growing. The numbers tell us this every day. However, is lacrosse moving forward in presenting and marketing their product? Can a sport that is so fragmented ever truly explode into the mainstream?

Rabil, who represents one of the biggest voices in the sport, sees a positive future.

“I’m enthusiastic about it,” Rabil concluded. “We’re living amidst an entrepreneurial proliferation, with a growing price tag for professional, live sports content. Crossfit games, PBR, Pro Rugby, and Women’s Professional Soccer have all gone through successes and failures. Participation rates and consumer interests are growing in each segment—and the same goes for lacrosse. It’s a positive sign.”