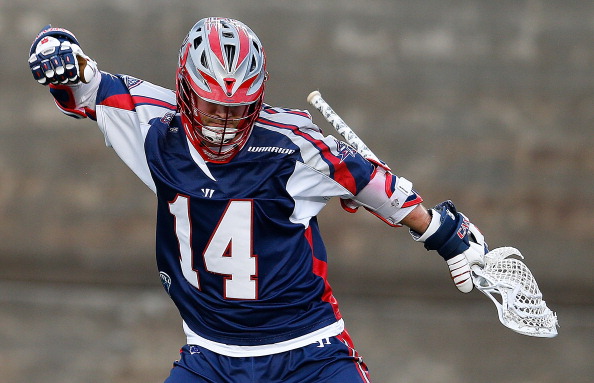 What will the Boston Cannons do in the summer of 2015 without lacrosse all-stars Ryan Boyle and Stephen Berger?

These guys both have made big names for themselves in the game of lacrosse and have both been huge for the game. One  has been known since the early days in his career with both Princeton and team USA. The other player has become one of the first Division III players to show the world it doesn’t matter if you went to a small school like Washington College or a traditionally big John Hopkins.

The first player, Ryan Boyle, started his career with the Philadelphia Barrage after his All-American days at Princeton were over. With the Barrage, Ryan helped lead his teammates to victories in both the 2006 and 2007 championship games. After the 2008 season with the Barrage, Boyle then went to play for Boston in 2009.

While in Boston, Boyle hoisted up one more Steinfeld Cup with the team 2011.  From 2009 to just this past summer Ryan was a solid attackman and a leader in the locker room in Boston. Ryan also played professionally in the NLL for the San Jose Stealth and the New York Titans.

As for Stephen Berger, he came into the league undrafted in 2005 out of Washington College after going to a tryout with the Long Island (now New York) Lizards. Stephen not only earned himself a spot but ended up becoming a starting midfielder and an All Star. He also came back strong from an ACL injury with the team.

In 2012 Stephen left for the Charlotte Hounds; only to return to New York in 2013.  After trading for Berger he only played in nine games for the team and was traded once more to Boston where he played the rest of 2013 and the whole 2014 season. Both of these players had good years in their last summers of Major League Lacrosse play. Ryan finished with 27 points (10 goals, 17 assists). While Stephen had 41 points and scored 30 goals finishing fourth on the team in points. Ryan finished fifth.

How will the team in Boston fair with these two players gone? They will have Paul Rabil back coming off his injury. Kevin Buchanan is back on attack and makes for a great offensive combo with Paul. This team also has a young great player in Will Manny who had a great 2014 season where he was second on the team with 52 points. He’s coming off playing Notre Dame this fall with Team USA.  I look for him to do more great things in the blue and red in 2015. All these guys also bring leadership to the locker room along with longtime veteran defender Kyle Sweeney.

For more offensive help I look for this team to take a young star in the draft; maybe Lyle Thompson will be gone by the time Boston picks.  Lucky for them though this draft as a ton of talent.  They can go after Randy Staats, Wesley Berg or Jesse King. Any one of these players can ease the pain left by the Boyle and Berger retirements.  All in all look for 2015 to be a bounce back year in Boston and look for the team to make another push to the playoffs.