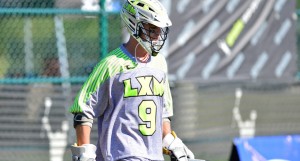 This is the time of year when there is a lull in the professional lacrosse world.  The MLL has wrapped up and the NLL preseason hasn’t officially started.  Right about now is typically when the LXM Pro Tour has started up in the past to bring high level lacrosse to non-traditional areas around the country.  We reached out to Adrenaline, who is the force behind LXM to see what their plans are.  Unfortunately nothing official is set, so we still will have to wait to have the many questions answered surrounding the newest version of LXM.  The good news is they gave indication that there is still something in the works, so hopefully that news will come out soon.

What makes the LXM much more interesting to keep an eye on this year is their partnership with the MLL.  Typically players have had to choose one or the other as they could not play in both leagues.  This led to most top college players opting for the MLL if they were ever given the chance.  Most is the key word there as a few years ago, Peter Baum sent shock waves through the MLL world when he took his top draft pick in the MLL and Tewaaraton Award off to the LXM Pro Tour instead.  Because of this typical movement of players, the LXM Pro teams were regarded by many in the lacrosse world as second tier players who just couldn’t make it in the MLL.

Now that the division between leagues is gone, these players were able to try out for MLL teams.  A few made it onto teams for a handful games, but Baum along with Kyle Harrison created one of the most explosive offenses in the MLL this past year for Ohio.  The interesting thing to look for now is which historically MLL only players will make the off season jump to LXM.  The major knock against LXM has been that it’s more or less an offensive geared game.  It would be great to see some of the MLL’s top goaltenders or longsticks also make the switch for better all around lacrosse.  Others such as Joe Walters, played LXM previously and may join again.  Walters is an interesting case though since now players like him are going to be spending their time focusing on the NLL rather than their field game.

Whatever happens with LXM this year, it is good for lacrosse as a whole if it returns.  Hopefully it can still help expose more people across the country to the game being played at an elite level.  We will be sure to add updates when more information becomes available.