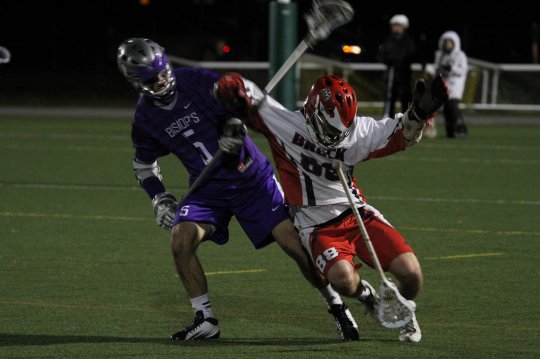 The regular season is complete and the chase for the Baggatway Cup continues next weekend (Oct 30/31) with the playoff games to determine the final six teams that will compete for the Cup at Bishops the weekend of November 6-8.

The Western Mustangs are headed to the Baggataway Cup semifinals, that much we’re sure of after the CUFLA regular season wrapped up on the weekend. Who fits where for the other five spots in the November 6-8 Final 6 at Bishops University in Lennoxville will be determined by the playoffs this coming weekend.

The Bishops Gaiters will be in the Final 6 as hosts, but whether they play in the quarterfinals Friday or the semifinals Saturday will be decided by the result of McGill’s playoff game this Saturday against Ottawa.

The Redmen, who finished first in the East Conference with a perfect 12-0 record, will be heavily favoured against the fifth-place Gee-Gees. If McGill wins, they will earn a bye to the Baggataway semis on Saturday November 7. A loss to Ottawa would knock the Redmen out and send Bishops to the semifinal bye while Ottawa would play in the quarters.

Trent (fourth) travels to Queens (third) this weekend to determine the East’s other representative at the Baggataway Final 6 weekend.

In the West, Western has already booked its ticket to the semis. The winners of this weekend’s games #2 Brock vs #5 Laurentian and #3 Guelph vs #4 McMaster will also be off to the Final 6 where they will play crossover games with the East’s second and third seeds for berths in the semis.

CUFLA had to go to the tiebreakers to determine the playoff matchups. There was a three-way tie for fourth place in the West with McMaster, Laurentian and Nipissing all finishing at 5-7. In the East, Ottawa was tied with Carleton at 3-9 but got the edge by a goal in head to head results.