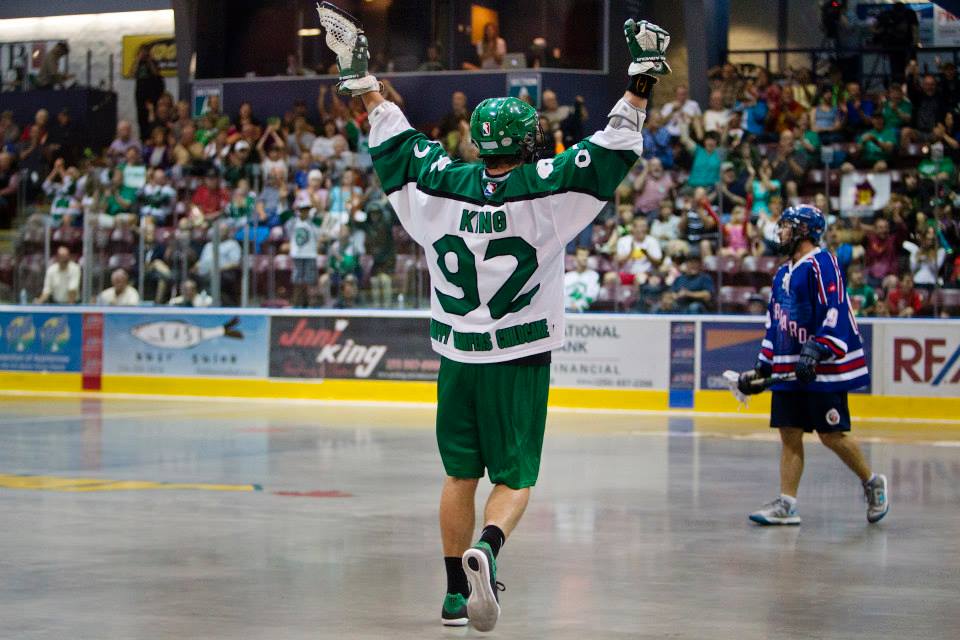 The Swarm couldn’t have picked a better time to hold four selections in the first round. For one, this is arguably the most talented crop of players to ever come through in a single draft class. With two picks in the top three and another two by the sixth selection, they are in a prime position to come out with a haul that would revamp their entire system, both offensively and defensively.

The other factor to take into account is it coincides with a move to Georgia, which should allow the Swarm to build excitement through the four players they draft. That’s why it would be surprising to no one to see Thompson go number one in the draft. Randy Staats and Wes Berg may make the transition to the pro game easier, but the Thompson selection is more than just focusing on on-floor results. He’s one of the NCAA’s biggest stars in field and would be able to play alongside brother Miles and fellow First Nations player Johnny Powless, who came over in the deadline deal with Vancouver.

With the Arlotta’s making their announcement to relocate from Minnesota and the subsequent announcement by the MLL to award an expansion franchise to Atlanta, lacrosse will be a hot topic in the ATL and the Swarm would do well to capitalize on the momentum.

“The rich get richer” is a phrase that accurately describes the Knighthawks picking second overall in such a talented draft. They made the leap of faith to sell high on Powless when they shipped him to the Stealth and are set to reap the benefits. It does make you wonder why they dealt Powless when he was barely 21, but given Powless’ struggles in both Vancouver and Minnesota, you wonder if he’s simply a complementary player rather than a centrepiece of an offence. That makes this selection even more valuable for the Knighthawks, and why adding more firepower in Staats makes a lot of sense.

The Knighthawks look even smarter now that they get a chance at one of Thompson, Staats and Berg. Although it’s actually the defence that could use the youth injection with several players getting older on the back-end, the ability to add a stud like Staats or Berg is going to be too appealing. Given Staats plays for Six Nations and wouldn’t have to worry about travel issues, he makes more sense than Berg.

It’s not like Staats is a consolation prize by any means. In his 2013 playoff year, Staats scored an unbelievable 72 points (30 goals, 42 assists) and but also had 49 points (27 goals, 22 assists) in 12 playoff games the year before. He had 20 goals in 12 games with the Chiefs in the MSL this season. They could use that scoring impact in the potential absence of Cody Jamieson.

How the Swarm go about picking their four players (if they even pick four) will be an intriguing narrative leading up to and at the draft. They should feel confident in Rochester scooping up Staats or Berg and would then have a grouping of Staats/Berg (Berg in this instance), Hossack and Jesse King to likely choose two out of. If the Swarm were to add King, the most dangerous lefty forward in the draft, or Berg, they are leveraging that Calgary takes the other offensive player. That way, they would scoop up two of the four best scorers in the draft and a defender that has been compared to Kyle Rubisch.

Hossack is a nasty piece of business whom I was first introduced to at the Minto Cup in 2013 in New Westminster. At one point in that tournament, Hossack exploded into a New Westminster player at the top of the 24, scooped the loose ball and was gone in one movement. He scored that goal, but I remember being impressed by the physicality and intensity on display. These are the types of players you want coming out of the back gate – athletic, tough and smart. Hossack just adds the stick skills and transition ability on top of that.

A King-Dobbie-Shattler connection on the left-hand side would be a menace for Calgary, but it’d be hard for Calgary to take that over the most polished overall player in the draft at this point. Berg has familiarity with the Calgary coaching staff and has had a good rookie season with Oakville. He’ll do everything for this offence on-and-off-ball and plays with this calmness that you don’t often see from players.

Berg sees the floor so well and that would be another asset for guys like Dobbie and Shawn Evans. It would mean that 33-year-old Sean Pollock isn’t as heavily relied upon and it would also be addition by subtraction in the sense that they can keep Karsen Leung in a transition role and not have to sacrifice his abilities.

King is having an absolute breakout year for the Shamrocks in this WLA season, finishing tied for second in goals with 33 and seventh in overall points with 64. He’s shown he can operate as a complementary player or a relied-upon player as he had an unreal 28 per cent shooting on a respectable 118 shots. Those are numbers that should be appealing to any NLL team looking to move up, especially when you begin to factor in his size, upside and current talent. Even people on the west coast have slept on King, who’s produced at a high level ever since he lead Victoria to the Intermediate provincial championship more than five years ago.

Drafting Tutton would give Georgia two players who can be dominant offensively in a few years, one of the better defenders to come out in a few years and now a high-ceiling transition player. Another key to Whitby’s Minto success, Tutton has shown the ability to score at a goal-per-game clip in junior, so it’s not like he doesn’t add anything offensively.

The Roughnecks have needs on the defensive side of the ball, but Evans would be coming into a good situation. Adding Berg into the rotation with Shawn Evans and Curtis Dickson solidifies the right side and while the Necks seem set on the left side as well, Jeff Shattler has hit 30. Shattler also scored 22 points less than the previous season, so this could benefit Calgary in the long term.

Failing to crack 200 goals this season, New England should be in desperate need to add some offense. Anthony Malcom won the WLA Rookie of the Year alongside New Westminster goalie Eric Penney, scoring 26 goals in 18 games with Langley. He’s a righty who could make an immediate impact with his style of play. New England has a bit of a log jam on the left hand side, but pairing Billings and Malcom together could pay dividends. Quinn Powless is another guy who could figure into the mix on that right side.

Saskatchewan should look to add a guy who can step in as a depth defender as well as add some transition ability, so Searle makes a lot of sense to close out the first round. He’s a big body at 6-foot 1, 215 lbs who has adjusted well to the MSL by all accounts. He can be the type of defender who adds more of a physical element alongside a good transition as well as learn under the tutelage of some of the NLL’s better defenders.