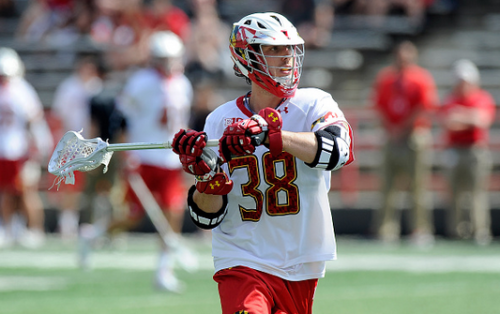 Overview: The Maryland Terrapins made it to the National Championship game, falling to Denver.  The Terrapins avenged an earlier loss to Johns Hopkins to get there, which was a happy moment for the Terrapin alumni base.

Many key pieces to the championship game run need to be replaced as Maryland looks to finally bring home the title to College Park for the first time since the mid 70s.

Strengths: Defense – Maryland has always had a bruising defense and they continue to force teams into working hard for their opportunities.  Generally offensive players do not like going inside on Maryland because they know they is going to be physical punishment for every chance they get.  With errant shots and bad turnovers that result, defensive players like sophomore lsm Matt Neufeldt have the opportunity to push transition back for the Terps to get easy goals.

Weaknesses: Depth – Maryland had to rely on the same individuals game in and game out, which by the end of the year simply wears out those players.  Players that were thought to have game-breaking possibilities did not show up on the stat sheet like the coaching staff had hoped for.  If Maryland is going to make a title run, they need to have complimentary players to their stars.  Especially at attack, where Matt Rambo seems to have to do it all.

Also, the Terps are going to have to replace their faceoff specialist Charlie Raffa, who graduated after a stellar career at Maryland.  He was the sandpaper that coaches always talk about having, fighting for every faceoff win and wearing down his opposition through the course of a game.  There are a lot of possessions that Maryland could string together to get the best of their opponent and it will be difficult for Maryland’s offense to be in an up and down race, so faceoff wins become increasingly important for success.

Top Returnee: Goalie Kyle Bernlohr is the reigning C. Markland Kelly Award winner for the nation’s top goaltender.  He set the record for wins in a season by a Maryland goalie with 15 in 19 starts last season.  If he could have gotten 16, it would have been a National Championship.  In his last season in College Park, he would like to bring home the title, which would also be the first for the B1G Ten.

Breakthrough Player: Tim Monahan and Louis Dubick, freshmen attackmen, both have the opportunity to come in right away and play.  Rambo needs a complimentary player and one of these two are going to have to take a giant step forward early in their careers.  This position has been difficult for many Maryland underclassmen to take in previous years, but these two are pushing each other in practice and could be the keys to opening up that Maryland offense that has looked stagnant at times.  If Maryland is going to be over that last hurdle, it is going to take some youthful vigor.