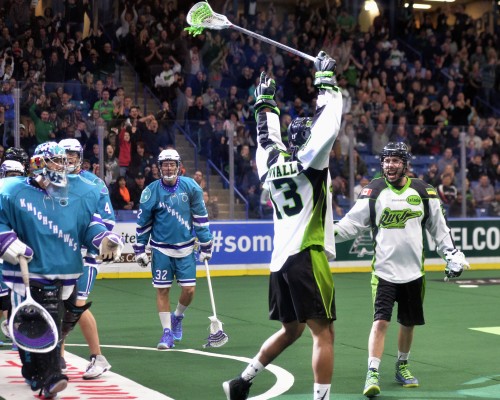 Following the Saskatchewan Rush’s victory on the road against the Rochester Knighthawks, we caught up with forwards Ben McIntosh and Robert Church, and head coach and general manager Derek Keenan. It was the last regular season game for the Rush, who head to the playoffs looking to defend their league title.