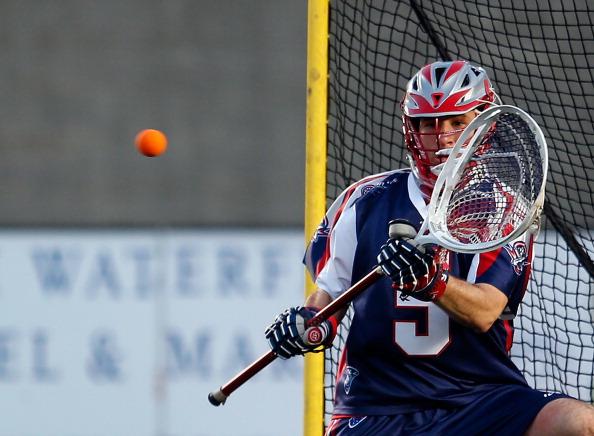 Boston Cannons goaltender Jordan Burke has retired from Major League Lacrosse after six seasons. Burke led the Cannons to a 2011 MLL championship after taking over as the starting goaltender at the start of that season.

Burke began his career in 2009 when he was drafted in the second round out of Brown. Burke is the Cannons all-time leader in wins as a goaltender with 34.

“Playing for the Boston Cannons has been an absolute honor and privilege over the past seven years.” Burke said in the team press release. “I want to thank my teammates, coaches, and the entire front office for all they have done to make the Boston Cannons a first class organization,”

The most impressive accolade of Burke’s career came in 2011 when he was named the MVP of the championship game where the Cannons defeated the Hamilton Nationals for their first ever Steinfeld Cup. Burke had taken over for Cannons goalie Kip Turner earlier in the season. That season he led the league in wins with seven and in save percentage.

“What really made Burkey special though was how he didn’t let anything rattle him; he was very level headed and was able to shake off a bad goal or bad play, remain calm and always in control.” general manager Kevin Barney said in the team press release. “This is a trait that you don’t find too often in goalies and is something that affects your teammates in a positive way and I feel it was a huge part of our Championship season.   I would like to congratulate Jordan on a great career!”

With two all star appearances, Burke will go down as one of the best goaltenders in the history of the Cannons organization. He retires as the team’s all-time leader in wins, minutes, saves, and several other goaltending statistics. After being a starter for five straight seasons, Burke also is sixth all-time in saves and goals against average in MLL history.