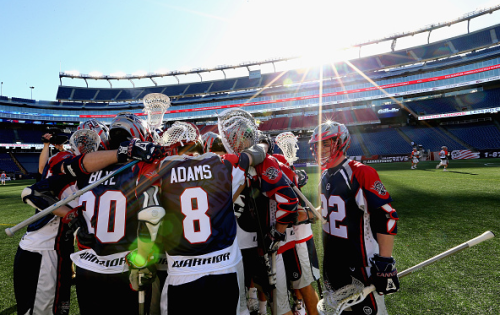 Playoff teams are locked in, and the Cannons and Machine will battle for home-field advantage this Saturday. Boston is coming off an overtime thriller at Navy-Marine Corp Memorial Stadium last Thursday, as Max Seibald’s game-winner catapulted the Cannons into the playoffs.

With New York securing the top seed, spots 2-4 are for the taking. The Cannons currently sit tied for second place at 8-5. To secure a home game the Cannons must defeat Ohio, and the Florida Launch must upset the Rochester Rattlers.

If all goes like planned for Boston, Ohio will be making a trek to Boston. If Boston AND Rochester win, the Cannons will finish third, and will travel to Western New York. A Boston loss would send the Cannons to Long Island to face the top seeded New York Lizards, and face former Cannon Paul Rabil.

Earlier this month the Machine defeated the Cannons 19-12 in the final home game of the season, and Boston looks to get their revenge, and go into the playoffs on a high note.

Jordan Burke has been one of the league’s best goalies all season, including 32 saves in the final two games. After letting up 19 goals the last time out, Burke and the Cannons look to shut down the Ohio offense, which has been a machine all season.

Will Manny, Scott Ratliff and Kevin Buchanan all look to get the Cannons to Georgia September 8th.  Brent Adams has stepped up for the Cannons this season, and has become another leader for this young squad.

The Cannons haven’t made the postseason since their 2011 championship, and are looking to have another parade run through the streets of Boston this August.

Ohio is coming off a two-game win streak including wins over the Cannons, and top seeded New York.

Greg Puskuldjian has been phenomenal on face-offs for Ohio, winning over 50% this season. Rookie Jimmy Bitter has been sensational for the Machine this year. After a standout season with North Carolina, Bitter has scored 18 goals, along with three assists in only six games.

The Machine will look for a big game out of Brian Phipps in net, as Ohio looks to stop the Cannons offense. Boston leads the league with 14 two-pointers, and has had scoring from all ends of the roster. David Emala leads Boston with 31 goals, including four against Ohio on July 11th.