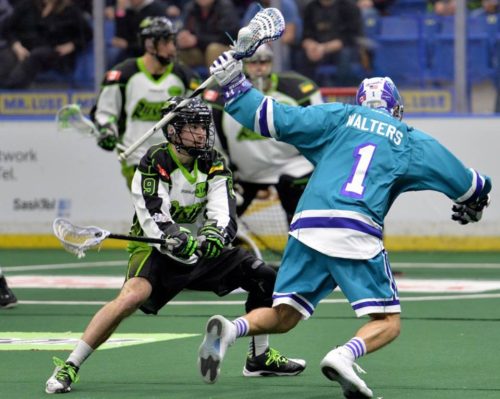 While teams like New England and Buffalo and Toronto continue to revamp, the Rochester Knighthawks appear to be exiting their dynasty with a whimper. After becoming the first NLL team to win three titles in a row, the Knighthawks missed the post season in 2016 and have continued to lose major cops in their lineup.

Rochester locked up anchors like Cody Jamieson, Dan Dawson, and Sid Smith to some of the longest term contracts the NLL has ever seen, but depth and secondary pieces are dropping from the lineup. The team traded Brad Self to Buffalo, lost Scott Self in free agency to New England, and released Jon Sullivan who signed with Buffalo.

Craig Point was also released from the roster, indicating the Knighthawks are about to go in a new direction.

Haodais Maracle and Josh Gillam also could get roster spots, and an impressive rookie class of Dan Lomas, Kyle Jackson, and Josh Currier will also make an impact and push for time on the field. While Rochester has produced the likes of Jamieson and Keogh, it’s been some time since the Knighthawks have had rookies pushing to get on the turf.

Other Knighthawks picks haven’t shown as much promise. Jeremy Noble did, but he was traded to Colorado after being selected second overall by the Knighthawks. Graeme Hossack has already become a terrific defender in the league, but other than he, Rochester has not developed a roster player from its draft since Keogh in 2012. While the rest of the league has gotten younger, with the likes of Saskatchewan, New England, and Georgia surging ahead, the Knighthawks core aged, forcing this new direction.

Rochester has more difficult decisions to make. Vitarelli’s 32 points last season were a career low, and he’s struggled to stay in the lineup. On the other end of the spectrum, Resetarits broke out with 47 points as he finally seems to have turned a corner. Powless, despite showing plenty of promise, hasn’t been able to stay on the floor with injuries.

It might not be a rebuilding season; it is almost impossible to say what could happen in a season when a league has just nine teams. However, this season for the Knighthawks would seem to be more effective by developing the likes of Jackson and Lomas and the other draft picks who could make the core of the next Rochester dynasty.