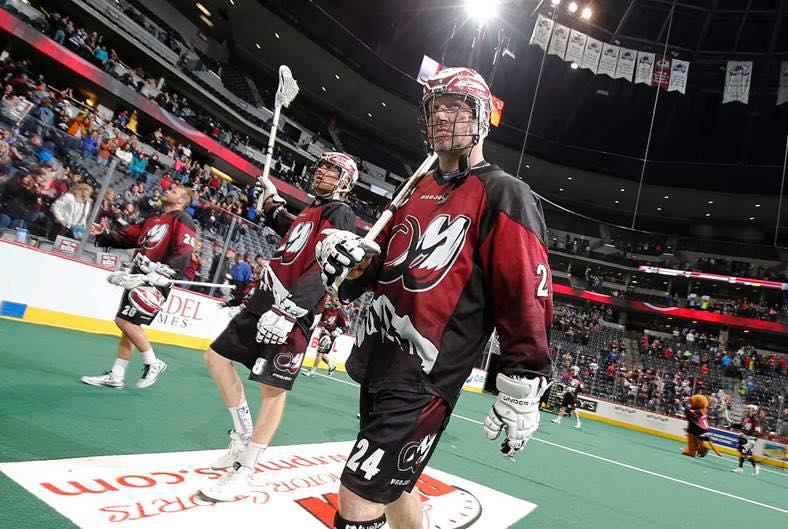 The first-place Colorado Mammoth (4-1) head north of the border to face the Vancouver Stealth (1-3) tonight in a key West Division tilt.

Although Colorado is coming off their first loss of the season—a 12-10 defeat at the hands of the Saskatchewan Rush—they are returning to the location of their biggest win of the season. Two weeks ago the Mammoth crushed the Stealth 14-5 at the Langley Events Centre.

Adam Jones and Callum Crawford are pacing a dangerous Mammoth offense, both having earned 32 points so far and tying them for the NLL scoring lead. John Grant Jr. is only a single point behind them.

Between the pipes, Dillon Ward’s 10.87 goals against average is sixth-best in the NLL and his .876 save percentage puts him second in the league as he continues to assert himself as a top netminder.

Following the loss to the Mammoth two weeks ago, the Stealth were able to bounce back last week and put in a good showing against the Calgary Roughnecks, although they eventually lost the game 15-13. The return of Garrett Billings (15 PTS) to the lineup after a week off due to injury got the offense back on track, so it seems unlikely that they’ll be held to just five goals again against Colorado.

Rhys Duch, as usual, is leading the way for the Stealth, contributing 20 points so far, while Logan Schuss has added 18.

Tyler Garrison has been the most consistent defender for Vancouver so far, grabbing 21 loosies and forcing 10 turnovers.

Eric Penney has struggled at times as the starting goalie for the Stealth, posting a 13.70 GAA and a poor .714 save percentage. Until the sophomore backstop becomes steadier back there, the Stealth will have troubles getting into the win column.

Colorado appears to have the significant edge at both ends of the floor in this matchup and should take the victory, but don’t count out Vancouver —their lone win of the season came against the defending champion Rush in Week 2 of the schedule, so they are capable of surprising teams that take them lightly.