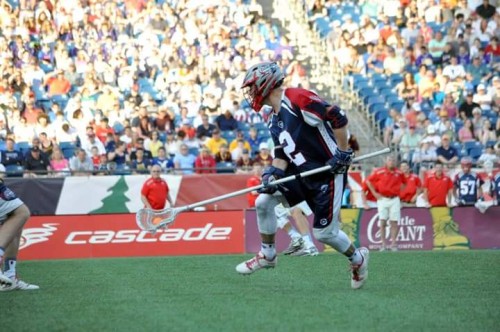 With two weeks left in the Major League Lacrosse season the playoff picture has become clearer. Three teams have claimed their spots and two teams fighting for the fourth. New York has locked up the #1 seed and will host one of the games on August 1. With Ohio’s victory Saturday over Boston, they clinched a spot and currently sit in the #2 position based on owning tiebreakers over Rochester and Boston. Rochester is in as well by virtue of having the tie-breakers over the only two teams left in the playoff hunt. Rochester sits in the #3 spot and still have a chance to be the #2 seed and host the other semifinal game on August 1.

Boston and Chesapeake are fighting for the last spot and will play this weekend. If Boston wins, Chesapeake will be eliminated. If Chesapeake wins, they will still need to win the final week against Charlotte. Boston still has to play Ohio in their regular season finale so if it comes down to the last week, Chesapeake has the advantage in matchups. The next two weeks will be fun to watch as we try to figure out what that playoff matchups will be. The one thing we do know is that we will have a new champion as Denver will not be around to defend their title.

With two weeks left in the season, lets revisit the races for the end of the season awards:

Rookie of the Year: Lyle Thompson, Florida. Charlotte’s Joey Sankey has cooled off as Lyle Thompson has caught fire. Sankey got out of the gate quickly, but has just two goals in the last two games, both losses to Florida. Thompson has caught fire with back-to-back eight point nights. Amazingly, his 13 goals the last two weeks have come on just 15 shots.

Coach of the Year: John Tucker, Boston. What Tucker has done this season has been impressive with this young team. They traded away the best player in the world and another All-Star, had two legendary players retire and they somehow became stronger. Tucker has pushed all the right buttons to motivate a team to be better than they should be at this point.

Goalie of the Year: Tyler Fiorito, Chesapeake. Fiorito has made the most of his first season as a full-time starter. He has been the backbone of a team competing for a playoff spot. He is third in goals against average and second in save percentage. No goalie has meant more to his team than Fiorito.

Defensive of the Year: Scott Ratliff, Boston. For my money, Rochester’s Mike Manley is by far the best defender in the league, but with him missing half the season with a knee injury, Ratliff has taken the crown. Ratliff has been great on the defensive end, leads all non-FOGO’s in ground balls, and has also been the most threatening long pole on the offensive end as well with 19 points.

FOGO of the Year: Greg Gurenlian, New York. The Beast is converting 77.6 percent (254-327) at the X. For perspective, Gurenlian set the MLL record for faceoff win percentage in 2013 at 64 percent. He has been nearly unstoppable this season. Even if Gurenlian loses every faceoff over the last two games, he will still set the single-season record. That is just ridiculous.

Offensive of the Year: Rob Pannell, New York. Pannell has been the most consistent producer in the league this season. He is averaging over five points a game and has tallied at least seven points three times. Pannell leads the MLL with 61 points, second in goals with 35, and tied for the lead with 26 assists.

MVP: Paul Rabil, New York. No one has been more valuable to the Lizards success this year than Rabil. The Lizards only two losses have come when he was out with an injury. When Rabil is in the lineup, the offense is more consistent and fluid and the defense is more disciplined. He is the reason they are the heavy favorites to win the title.

Rob Pannell, New York: The Cornell alum took over the outright scoring lead with a seven point night against the struggling Outlaws. Pannell finished with five goals and two assists as he now leads Kieran McArdle by seven points and Jordan Wolf by eight points.

Lyle Thompson, Florida: Second week in a row he has torched Charlotte for eight points including the game winner in overtime. This week, the rookie had six goals and two assists as the Launch swept the Hounds to move out of the MLL basement.

Kevin Rice, Rochester: With Jordan Wolf being face guarded most of the day, Rice moved to X and ran the Rattlers offense very well scoring three goals including the game winner.

Steele Stanwick, Ohio: The Machine found themselves in a 4-1 hole after the first quarter before going on an 8-0 run highlighted by a goal and two helpers from Stanwick. He finished with two goals and four assists.

3-Rochester (7-5) Have the easiest schedule of any playoff team the last two weeks.

5- Chesapeake (5-7) Three straight losses have them on the outside of the playoff picture.

7- Florida (4-8) Thompson brothers have made this the most exciting offense in the MLL.

8- Charlotte (3-9) Dropped two in a row to Florida leaves them in the cellar.

Brendan McDaniels is a color analyst for the MLL Television broadcasts and can be seen Friday, July 17 at 7:30 p.m. as the Rattlers host the Hounds on ESPN3 and the Watch ESPN App as well as MSG +, TWC NY, FSN South/Sports South, Altitude, CSN Chicago, and TWC Wisconsin. Follow Brendan on Twitter @BMcDTWCSports.