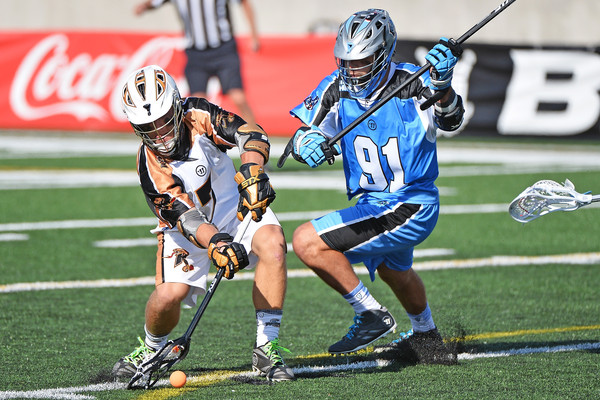 A pair of exciting Major League Lacrosse Semifinal games featured several rookies making an impact as they look to lead their teams to a championship.

In the first game last Saturday, a pair of Syracuse rookies played key roles in Rochester’s 12-8 win at Ohio. Kevin Rice scored three goals and dished an assist while Randy Staats tallied two goals and an assist. On two occasions, the duo connected for goals as Staats found Rice for a second-quarter goal then Rice returned the favor in the third quarter. Jack Near of Notre Dame saw action as well. On the other side, Jimmy Bitter out of North Carolina scored a goal while Greg Puskuldjian won 15-of-23 faceoffs with nine groundballs. Matt Bertrams of Albany also saw action.

In the nightcap, Colgate alum Ryan Walsh was the only rookie to play for New York in the Lizards’ thrilling 16-15 overtime win. Rookie John Glesener of Army West Point scored twice for Boston, as did Ryan Tucker of Virginia. Tucker scored the game’s first goal to help the Cannons take a 3-0 lead after one quarter of play. Wells Stanwick of Johns Hopkins dished an assist as well.