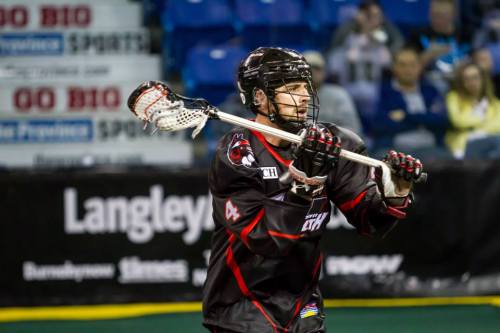 It took the Vancouver Stealth too long to find its feet under new head coach Jamie Batley and a change in philosophies, presenting a missed opportunity to make the playoffs. In retrospect, questions remain going forward, but the overall forecast for the team is trending up with a lot going for them moving forward.

This was billed as a season of opportunity, with heavy marketing and renewed optimism surrounding the club. The team brought in plenty of reinforcements, both of the veteran and rookie varieties, and were set up with an intriguing roster heading into the season. There was a potential of a playoff home game at the end of the season, something that hadn’t been seen since the team relocated to the LEC.

But Vancouver was slow out of the gate in several games to start the year and found out how tough it is to dictate the pace if they were continually playing from behind. There were a few bright spots; a big win in Saskatchewan over the defending-champion Rush; Logan Schuss’ breakout start to the season; Tyler Richards returning to the team after previously retiring. There were also a lot of tough questions being asked by fans and analysts around the league, wondering if it was time to shake up the bench or the goaltending situation. They were in a position to challenge for second place after a huge home win over the Colorado Mammoth.

Goaltending turned out to be the first one on the chopping block, with Eric Penney being demoted in favour of Richards. Penney was chased out of a couple games early in the season and never seemed to get in a groove consistently. He finished the year with a .730 save percentage while allowing 13.51 goals against per game—not numbers expected of a starting goalie in the league. Richards was just a stopgap solution and there wasn’t always a clear better goalie in net. But the team seemed to play more confidently in front of Richards and he made some key saves in crucial wins for the Stealth. Whether he comes back next season or not, a decision has to be made on finding a true No. 1 goalie.

Dan Perreault was shown the door soon after. In his place, the Stealth got a coach that currently has them set up looking quite good going into next year. Jamie Batley is an Ontario coach with a championship pedigree in both the NLL and MSL and while the Stealth had a slow start in his tenure he had them playing with a lot more grit and intensity down the stretch.

Part of the reason Vancouver will be feared going into next year is the emergence of secondary pieces to Rhys Duch on the offensive end. Schuss had 29 goals en route to an 86-point season, a career high. Corey Small almost joined the 40-goal club with 37 while Jordan Durston had 17 goals in his rookie season.

Schuss transformed Vancouver’s power play unit with his ability to find different shooters (21 assists with the man advantage) like Duch (12 PPG) and Small (9 PPG). The other big revelation was the play of Jordan Durston, the rookie Vancouver took 19th overall in the 2015 Draft. He was a goal-a-game player for the Stealth and didn’t look out of place playing on the left side.

The real problem wasn’t on the offense, as they dealt with some injuries and some bad luck (they had the second-worst team shooting percentage at 15.5 per cent). If the Stealth are going to get back into the NLL’s elite they need to acquire a permanent starting goalie.

You can find goalies on the market, but they’re typically expensive to acquire because there are so few top-flight goalies in the NLL. The Stealth are also going to come into any deal negotiating from a decreased level of leverage after giving up so many quality assets in trades for players like Johnny Powless and Corey Small. It hurts Doug Locker’s overall ability to wheel and deal a bit to upgrade some parts of the roster, but the Stealth are close to being a playoff team. Hitting on draft picks is as important as ever and the Stealth have been able to find some good players in free agency.

If they can hit on a few free agent signings and continue to add youth to the lineup, particularly defensively, they will compete for a playoff spot come next season.