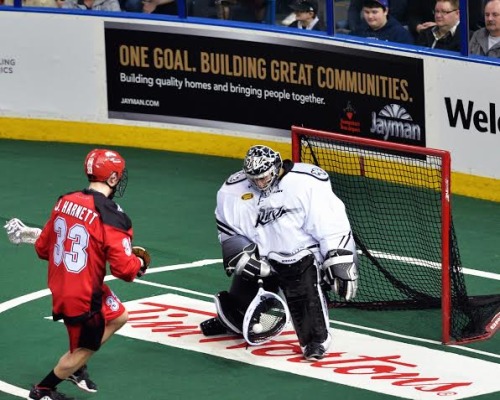 Harnett, who entered the league in 2009 with the now defunct Boston Blazers is going to be entering into his sixth season wearing Roughnecks threads, is a solid line of defence who can carry a team on his shoulders late in a game.

Not the biggest point producer (remember, defence first) his highest points in a season has been 16 back in the 2014 season, but it’s what he brings to the back end that keeps him in Curt Malawksy’s line up.

He amassed a total of 46 loose balls and 15 forced turnovers playing in all 18 regular season games and all four playoff games helping the team reach the West finals against the Edmonton Rush earning himself eight more loose balls in the process.

He has also helped his summer team, the Victoria Shamrocks win the WLA crown the last three seasons, playing in three straight Mann cups, losing twice in a row to the Six Nations Chiefs before winning it all this past summer, so he’s proven he can win and win when it matters the most.

For a Roughnecks team that seems to be in rebuild mode losing some key players in the offseason, you can count on Harnett to get even more playing time as more players come into a fresh lineup and learn from arguably one of the best defenceman in the league.